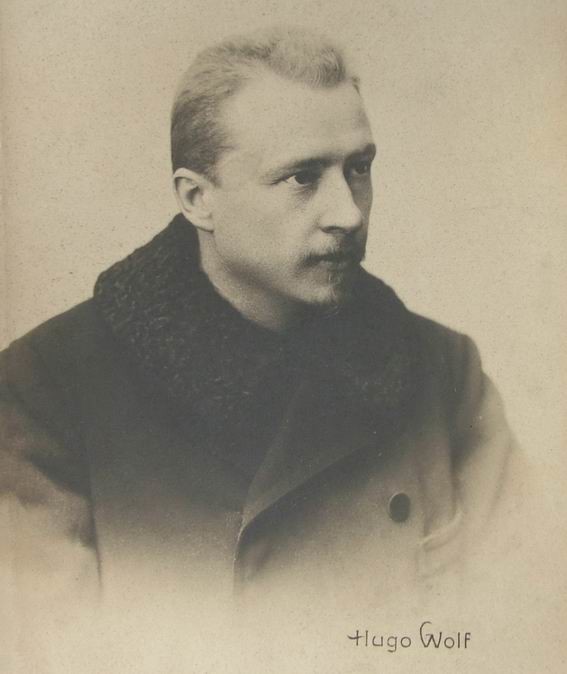 The Austrian composer Hugo Wolf was brilliant if erratic.  A letter he wrote to a friend on June 16th, 1890 shows that he was dynamic, whether he was talking about music or the weather:

“The publisher skips over the proposal to share profits as if it were unimportant.  He enlarges his first suggestion to say that after the sale of 300 copies of the twelve Selected Songs, he could see his way clear to print the rest.  I'll write to him today to say that I insist on sharing the profits and that a complete volume must be issued if he expects us to close any kind of deal.  He may still print the twelve alone in single editions.

“Liliencron writes that he doesn't have the nerve to adapt Shakespeare's Tempest.  He's offering me a tragedy which, of course, I'm turning down.  He has nothing but admiration for my Morike and Goethe songs.  He became aware of my work through an article that he found extremely interesting, and through a piece in the newspaper. Furthermore, he paid me the questionable compliment of including me in his pantheon of favorites--Wagner, and the "giants" needless to say--Schubert, Schumann, Robert Franz, and Brahms. Brahms has also set two of his poems, Liliencron tells me

“Other than that, all I have to report from here is that I'm miserably cold.  Last night I bundled myself up in three blankets and an enormous feather comforter and still froze. I hope the awful weather will change soon and grant me the pleasure of welcoming you all here.

“Grohe disagrees with my Tempest idea.  He thinks there's too much opera in it.  As an alternative he's trying to convince me to set to music a "Buddha" by Heckel, which I'll very likely not touch.”