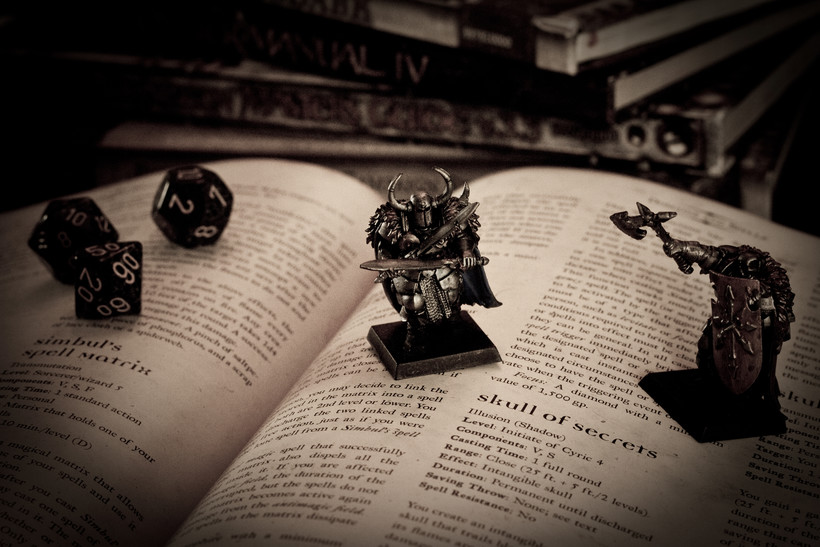 This year marks the 40th anniversary of the creation of Dungeons & Dragons (D&D), the world-famous, role-playing game created in Lake Geneva, Wis., by Gary Gygax and Dave Arneson.

For much of the game’s history, it has been marginalized as “nerdy” or “geeky.” According to writer Ethan Gilsdorf, the game is different than its reputation.

“One of the misconceptions is that it is a game where people dress up in costume,” he said.

Far from a form of withdrawal or escape from reality, though, Gilsdorf said, “I feel like D&D taught me how to deal with the real world.”

It is a game where friends gather in person to solve problems and challenges outlined by a "Dungeon Master."

“All of the kids who started playing D&D in the '70s and '80s, many of them now own companies, and many of them (are) in Silicon Valley,” Kovalic said.

While he admits “there may be some snickering on occasion,” Kovalic said the success of "The Lord of the Rings" films is proof that the once niche world of fantasy has been embraced by the masses.

Kovalic said he believes the popularity of games has increased over the years.

“I think there’s been a bit of a renaissance," he said. "There is a renewed passion for gaming, and role-playing games are right up there.”

The influence of D&D on his own work “has been huge,” he said.

In Wisconsin, some feel that the state should do something to commemorate one of the creators of D&D. Kovalic agrees with the idea.

“So many people owe these guys such a debt of gratitude. There absolutely should be a (Gary) Gygax memorial without a doubt,” he said.