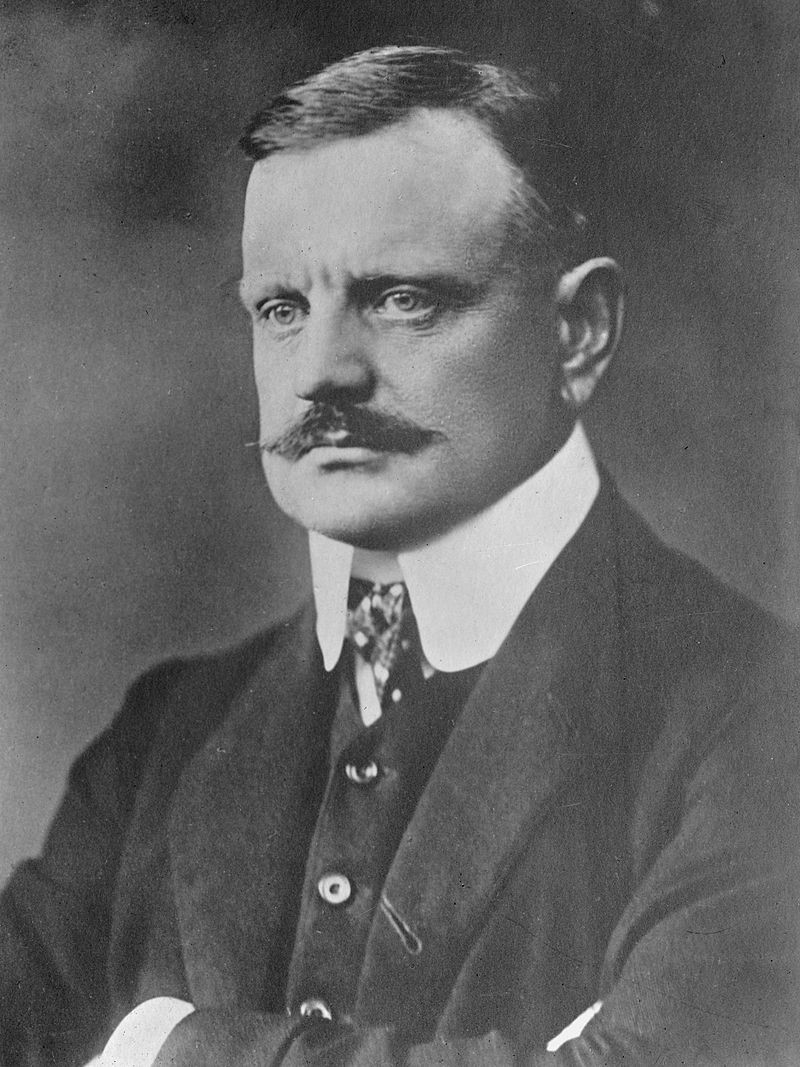 Jean Sibelius must've had mixed feelings.  He had been  commissioned to compose a cantata for a solemn state occasion--the Finnish celebration of the coronation of Czar Nicholas the Second.  It was a major opportunity for the young composer, but as a Finnish nationalist he had no desire to glorify the ruler of a state that had long oppressed Finland.

The Finnish observance of the event took place in a courtyard at the University of Helsinki.  The students assembled and removed their hats.  Like Sibelius, the students were no friends of Czar Nicholas.  But by tradition the Czar was chancellor of the university.  Their only consolation during the ceremony would be new music from the man earning a reputation as Finland's finest composer.

The supposedly solemn ceremony degenerated into a farce.  Although Sibelius must have been horrified at what happened to his cantata, he must have shared in the secret pleasure of the students of throwing a sour note into the coronation of the detested Czar.

That was in 1894.  Five years later Sibelius would again run afoul of the Russians when he wrote a series of pieces to accompany reenactments of patriotic scenes.  The last of the pieces became a rallying cry for Finnish freedom, and the Russian authorities outlawed any further performances of it.

But the piece made its way to Germany, where it was known as “Fatherland” and to France under the title “Patrie.”  When Sibelius managed to have the piece performed in Russian-controlled Latvia, the authorities insisted on giving it the bland title “Impromptu.”  But soon enough all the world would know it as Finlandia.