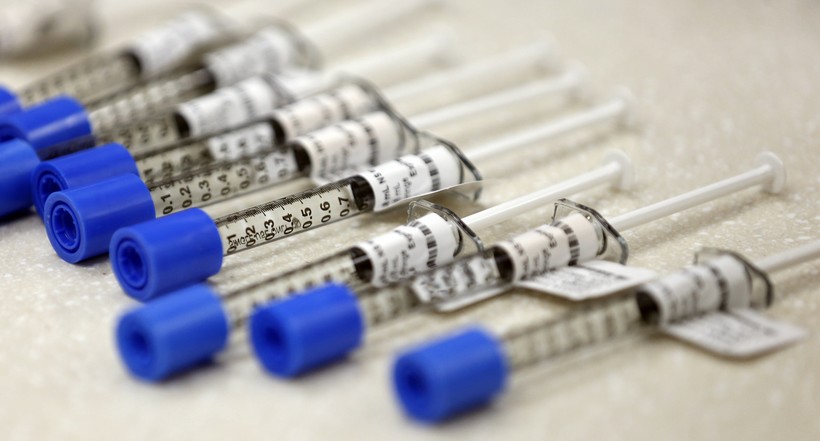 Drug overdose deaths in Wisconsin increased by more than 25 percent last year, and a Milwaukee County official said this year is on track to break another record.

According to new data from the National Center for Health Statistics, more than 1,500 people in Wisconsin died from a drug overdose last year. That's up from around 1,200 deaths the year before.

Robert Anderson, the chief of the mortality statistics branch of the National Center for Health Statistics, said 2020 was the deadliest year on record for drug overdoses in the United States since tracking began in 1968.

"I mean, this is, this is something where the alarm bells need to be ringing until something's done about it," said Anderson.

The new data indicates more than 90,000 people died across the country from overdoses last year.

"It's going to affect us all in some fashion, whether that be a close, personal, loved one or ramifications to the things that happen in our communities," said Schreiber.

Other areas have seen similar trends.

Lynda Biedrzycki, the Waukesha County medical examiner, said 83 people died from overdoses in the county last year, up from 54 the year before.

Milwaukee has multiple strategies, including education to prevent overdoses and paramedics who can help individuals who experience an overdose, Schreiber said.

"In the end, if they end up in this office, we're doing our best to create the statistics and the demographics that we can that can help support ... the areas within our community that have a need both geographically and demographically," said Schreiber. "How can we help the individuals that are at most risk and can benefit most from the services that can be provided from the community?"

At a national level, deaths from opioids, psychostimulants, and cocaine all increased last year, according to the Centers for Disease Control and Prevention.

Schreiber said an increasing number of deaths in Milwaukee County have been cocaine-related in the past five years.

Biedrzycki said in an email fentanyl, an opioid, is "the main trend in fatal drug intoxications."

"Fentanyl is abundant and affordable," said Biedrzycki. "Since the market is flooded with fentanyl, there may be more users because it is so available."