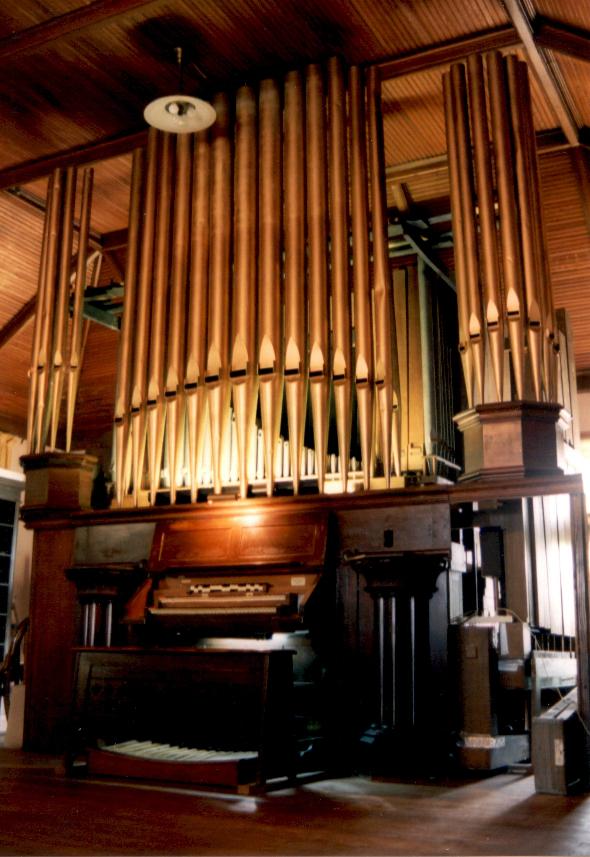 It’s not unusual for musicians to have nightmares about things going wrong during performances. It is unusual for one of those nightmares to come true, but it happened to an organist named Elizabeth Harbison David.

In 1907 David was to accompany a performance by soprano Ernestine Schumann-Heink in a performance of songs and arias from Frederick Converse’s new oratorio Job in a big auditorium in Ocean Grove, New Jersey. On the night before the performance, David dreamed that the organ was “a strange affair with pipes reaching to the ceiling and consoles on either side.” In her dream she cried out,” Oh, what am I to do–how can I play both?” And a voice replied, “Why, you just run back and forth.”

The next day, when the usual organist showed her the instrument, she gasped because it was much like the one in her dream.  Seeing the two separate consoles, she blurted out the very words from her sleep, “What does one do–run back and forth?”

The man graciously offered to pull the stops out for the performance, and the arrangement worked well during the rehearsal, but when the performance time came, David was so nervous that her hands and knees were shaking. The soprano closed her eyes and made the sign of the cross on her throat, and the two of them walked on stage. David had no idea how she got through the first song, but by the end of it she felt at home, and at the end of the concert the soprano led her to the front of the stage to share the applause.

On the night after the performance Elizabeth David had no nightmares, possibly because she was too excited to sleep. In her mind, she replayed the concert and blessed the man who had helped her to get though it.