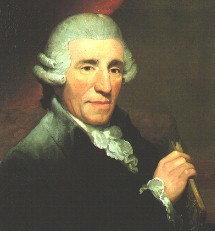 Wealth, fame, and acclaim–Joseph Haydn enjoyed them all during a sojourn in London arranged by Johann Peter Salomon. But there was a downside according to a letter he wrote to Maria von Genzinger in Vienna on March 2, 1792:

I must confess to Your Grace that this is very embarrassing and that on some days I’m downhearted, especially because, for the following reasons, I cannot send Your Grace the symphony dedicated to you:

First, because I plan to alter the last movement of it and to improve it because it’s too weak compared to the first. I was convinced of it myself, and so was the public, when it was played for the first time last Friday, although it still had a most profound effect upon the audience.

The second reason is that I dread the thought of having it fall into other hands. I was more than a little taken aback to hear the unpleasant news of the sonata. By God! I would rather have lost 25 ducats than hear of that theft, and the culprit can be none other than my copyist. Nevertheless, I still hope to be able to replace the loss, yet again through Madam Tost, though I certainly don’t want to draw any more scolding from her. So Your Grace must be patient with me until the end of July, when I can have the pleasure of delivering in person not only the sonata, but also the symphony....

My labors have increased with the arrival of my pupil Pleyel, whom the Professional Concert has brought here. He brought a lot of supposedly previously unheard works, but they were composed a long time ago, so he promised to present a new work every evening. As soon as I saw the notice, I knew right away that plenty of people were flat out against me, and so I announced that I, too, would produce 12 different new pieces.