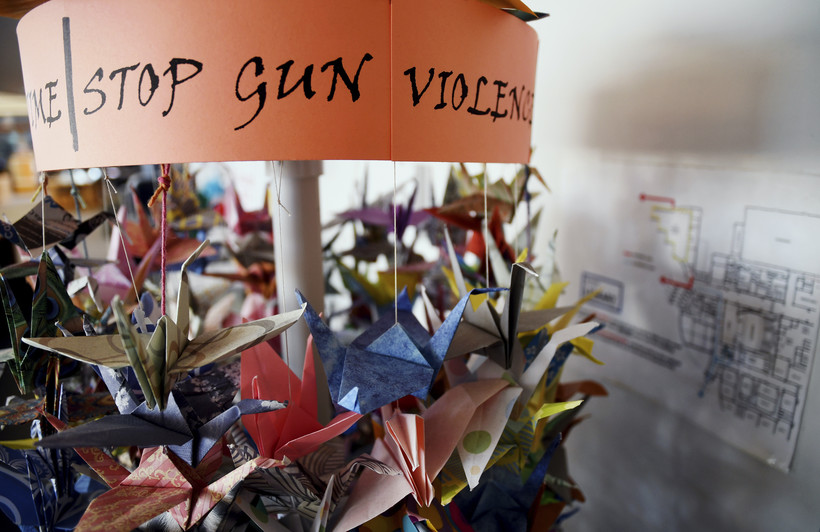 In this March 23, 2019, file photo, origami cranes, a symbol of peace, hang in the Columbine High School library in Littleton, Colo., near where several survivors and family members of the victims gathered to speak about the 20th anniversary of the April 20, 1999, shooting. Thomas Peipert, AP File Photo

Doctor: We Reduced Car Crash Fatalities Without Banning Cars. We Can Do That For Guns, Too

Car crash deaths fell 18 percent overall in the United States from 1975 to 2018, and that wasn’t done by taking away cars. The improvement was made by altering car safety features, educating people about drunken driving and teaching about the importance of car seats.

That same logic — of treating those deaths as a public health epidemic — should be applied to gun violence, argues Dr. Megan Ranney, an associate professor of emergency medicine at Brown University’s Alpert Medical School.

Ranney pitches this as an alternative to the common practice of blaming mass shootings on mental health problems. Whether a mass shooting or school shooting — such as the one in Waukesha on Monday or in Oshkosh on Tuesday — putting the blame on mental health pushes the conversation into a political quagmire that may do more harm than good, Ranney said.

That’s because it stigmatizes those who do have mental health problems, said Ranney, also chief research officer at the American Foundation for Firearm Injury Reduction in Medicine, or AFFIRM Research, based in Massachusetts.

"When you live in a community that has high rates of gun ownership and you say that gun violence is about mental illness, you’re saying to folks who own a gun that if they have mental illness and get treatment, somehow they are more dangerous than the other people in your community," she said.

It’s also antithetical to finding an antidote to gun violence because there’s no evidence that shows mental health is a risk factor for people who commit the types of mass shootings that dominate headlines.

A history of domestic violence perpetration makes a person more likely to hurt someone else — one of the highest risk factors for committing gun violence. Substance abuse is another common thread among mass shooters. Ranney said 30 percent of people who shoot someone else or who die of gun violence are intoxicated at the time of death.

"There are things out there that we know of that we could actually take action on, rather than blaming the mentally ill," she said.

That’s not to say that people who use guns to hurt themselves or others don't suffer from mental illness. Two-thirds of gun deaths are suicides in the U.S., Ranney said, but when that’s the only excuse used to explain the violence, it misses the full picture.

"It is a really illusory truth," she said. "It distracts us from the real underlying issue here."

Most mass shooters have at least five risk factors that other people can watch for, and educating people about them is some of the work that could be done to prevent mass shootings.

The National Council’s report published in August — "Mass Violence in America" — lists characteristics shared by mass shooters including that they’re searching for notoriety, they perceive themselves as victims, they’re suicidal and they have a high likelihood of one or more mental illnesses.

It's important to note that about 18 percent of the general public, which is more than 40 million Americans, have a high likelihood of having more than one diagnosable mental illness, "the overwhelming majority of whom are never violent," the report states.

Ranney said mass shooting should be treated in the same way public health epidemics are — by figuring out who’s getting injured or killed and why, figuring out what works to stop it and making sure those solutions work.

Suggested solutions include reducing access to gun for people who commit domestic violence, storing guns in a safe place for owners who are in a suicidal crisis and putting funding in place to address these issues.

The funding to address gun violence isn’t currently there, Ranney said. That’s partly because of the Dickey Amendment passed in 1996, which stripped the Centers for Disease Control and Prevention of its gun violence prevention funding.

"Our country doesn’t need any more solutions based on high emotion or based on politically polarized viewpoints," Ranney said. "What we need as a country are solutions that actually make a difference and that we can put in place today where we don’t have to wait for the Legislature to act."

Is Mental Illness To Blame For Gun Violence? 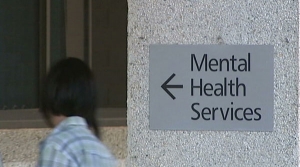 One of the solutions often proposed to combat mass shootings is improving care for the mentally ill. Our guest says there is no factual link between the two. She lays out the data behind who commits these crimes, and argues that linking gun violence and mental illness is dangerous rhetoric.