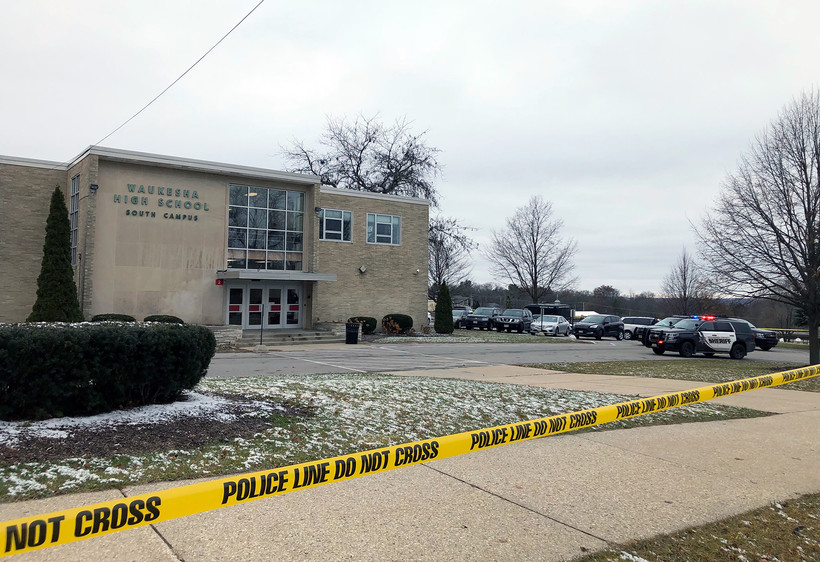 Waukesha South High School was on lockdown Monday morning after what the Waukesha Police Department called a "critical incident."

"The suspect would not remove his hands from his pocket and continued to ignore officers' commands," Jack said. "The suspect removed the handgun from his waistband and pointed it at the officers. An officer was forced to discharge his firearm striking the suspect. Officers immediately provided lifesaving medical attention."

The student was transported to a local hospital, and is in stable condition, according to police. No other officers or students were injured and the gun was recovered.

The police department tweeted the building was safe and secure and a suspect was in custody around 11 a.m. Police are not seeking any other suspects and are beginning an investigation.

The lockdown was lifted and students were being released just before noon, according to the police department.

The officer involved in the shooting is an 11-year veteran of the Waukesha Police Department, according to a press release. 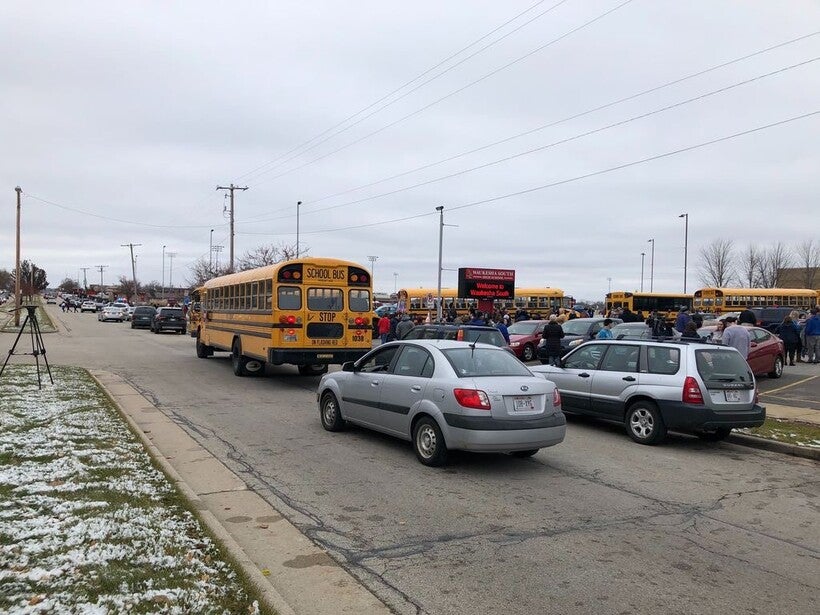 School buses and vehicles of guardians and parents crowd the streets surrounding and parking lot of Waukesha South High School after reports of a shooting inside the high school Monday, Dec. 2, 2019. Corrinne Hess/WPR

As they left the school, students were visibly shaken by the events earlier in the day. Several students hugged and held hands. Some were in tears.

Students who spoke to WPR said they thought the lockdown was a drill. When they learned it wasn't, they said they were scared.

"I was in my government class with my friend and ... we thought it was a drill at first because they usually do those like monthly," said student Monce Lopez. "Off of social media we started figuring out what was happening. And it was just so scary to find out that there was an active school shooter inside our school."

Tenth-grader Sam Guzman said he heard what he thought were shots followed by an announcement that the school was on lockdown.

"The announcer started saying it was a lockdown — a real one, so everyone got into another corner, everyone together" he said. "The door was locked and the lights were off."

Gov. Tony Evers released a statement saying it was "gut-wrenching" to learn students were wondering if the situation was a drill or real.

"Our kids shouldn't have to fear for their life in our classrooms or at school, and no parent should have to send their kid off to school in the morning worrying about whether or not they’ll come home," Evers said.

Darin Scheel’s son is a 10th-grader at the high school. As soon as Scheel heard the news, he jumped into his car and drove straight to the school.

As of noon Monday, he hadn’t gotten many details — but he said he wasn’t surprised this happened.

"As much as it’s been happening everywhere, you can’t take a chance and say it’s not going to happen, ya know? It’s an eye-opener that it’s closer to home, but it goes on everywhere so you can’t really close your eyes and turn your head," he said.

Whittier Elementary School students were not released early Monday, according to a school official. The elementary school's lockdown was lifted shortly after the one at the high school, which it neighbors. Schools will be open as usual Tuesday, according to Waukesha police.

At 2:20 p.m. the Waukesha Police Department tweeted there was a report of a different student possessing a firearm at Waukesha North High School.

"The school was placed on lockdown and searched. The student was located in a residence in the City of Waukesha and was subsequently taken into custody, more information at a later time," the tweet said.