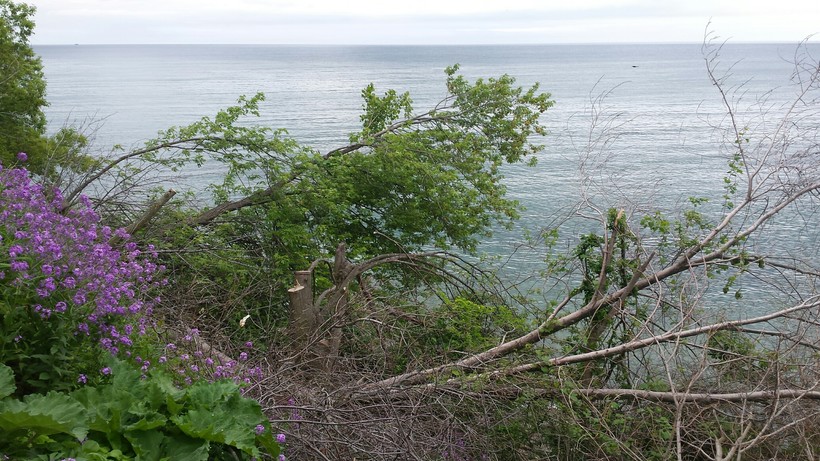 Officials with the Wisconsin Department of Natural Resources said they're going to make it easy as possible for property owners along Lake Michigan to install short-term measures to reduce erosion.

Higher water levels are eroding the bluff at several locations along the lake. Homeowners have lost property and some worry about losing their house.

At a community meeting on Tuesday in the Racine County village of Mount Pleasant, DNR waterway policy leader Martye Griffin said the department will allow temporary fixes without a state permit.

"But you, as a landowner, (are) agreeing to embark on a process that we know sometime in the future a permanent, more stable solution will be undertaken," he said.

Griffin said the DNR just wants to know where property owners want to place any erosion control, how the material will be placed and the type of material -- be it large rocks or concrete.

But some landowners said any measures will be expensive and are looking for local governments to share the cost.  At the meeting, some citizens wondered why Gov. Scott Walker didn't attend.

Lefty Veziridis, of Mount Pleasant, said the governor should have been there to listen to concerns.

"It's different to see a war movie on the TV," Vezirids said. "It's different to be in the war itself, you know? I'm greatly disappointed in the governor today, and he's my friend, that he didn't show up today."

But an official with Wisconsin Emergency Management said the governor is aware of the erosion problems and directed state agencies to set up Tuesday night's meeting.