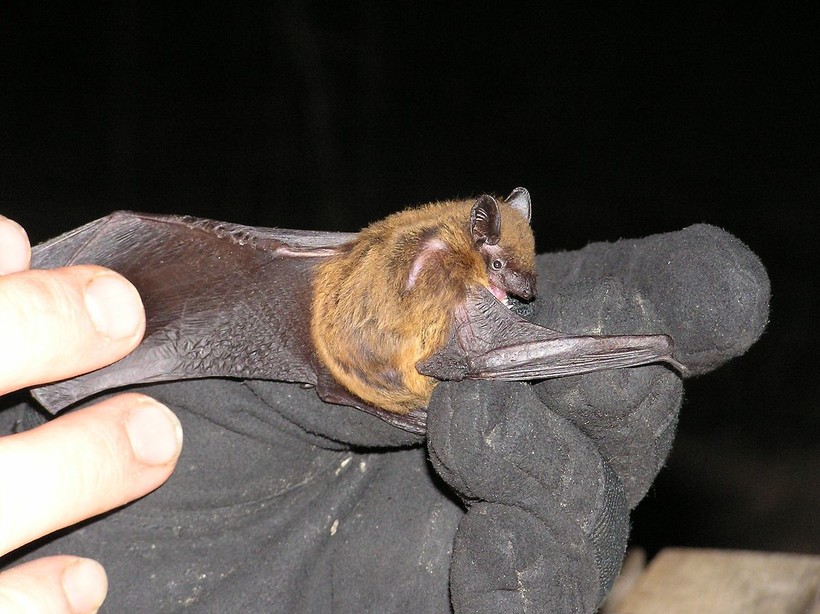 Wisconsin Department of Natural Resources researchers say they've discovered a new species of bat living in Wisconsin. The so-called evening bat was previously thought to summer only as far north as Illinois.

It's an interesting species, said the DNR's Owen Boyle: "It's kind of got orange hair, and smells like burnt oranges. It specializes in preying on beetles, so it has really strong jaws to crunch on beetle exoskeletons."

Boyle said a juvenile evening bat was found at a wildlife area in Rock County last year. This year, at the same site, researchers were looking at the habitat of bats affected by white-nose syndrome when they captured a female evening bat. A small transmitter was attached, and the bat was tracked back to its colony, where 100 evening bats were eventually discovered.

The evening bat is a tree bat, so it doesn't winter in caves and scientists say it likely isn't susceptible to white nose syndrome, which has killed millions of bats across the U.S.

The DNR said the evening bat is the first new mammal discovered in Wisconsin in many years.