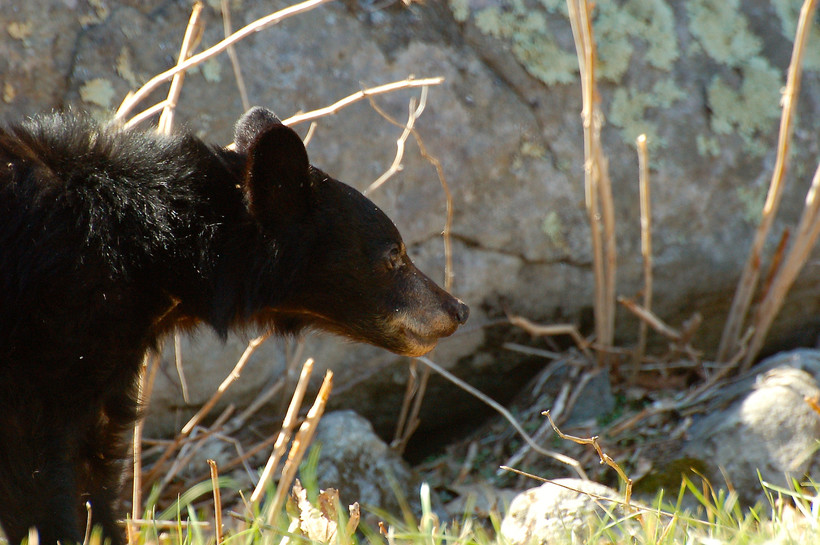 Meanwhile, Some Farmers Scare Away Elk With Paintballs
By Chuck Quirmbach
Share:

For the last seven years, roughly 275 farmers have enrolled in a state program that compensates them for crop damage caused by bears. Last year, the amount of appraised damage was $220,000.

Typically, problem bears are trapped and relocated, but it's hard to find all of them, said Brad Koele, Wisconsin Department of Natural Resources wildlife damage specialist.

"You know, there's 28,000 bear across the state, and when that corn's in the milk stage, that's where they want to be," Koele told the Natural Resources Board on Tuesday night in Milwaukee.

The state is granting more bear hunting permits to farmers to help with the issue, Koele said, but there is also a push to experiment with electric fences. While there are questions about effectiveness due to problems like electrical shorts, he said, the agency still plans to help farmers with installation following urging from the DNR Board.

The crop damage compensation program also applies to a few other species, including elk. According to the DNR, it's reduced the amount of damage elk cause to cranberry crops in Wisconsin. The state has paid nearly $250,000 to help install fences along five cranberry marshes in Jackson County, where elk have been re-introduced.

Koele said a few growers have also been given paintball guns to fire pellets at the animals. "Doesn't hurt 'em. Probably stings them a little bit, and just kind of reinforces that natural fear that that's not a good place to be in and whether it's field or cranberry operation, hopefully they'll stay out of there," Koele said.

University of Wisconsin-Stevens Point is also about to test using a drone to scare away elk from the air, Koele said.