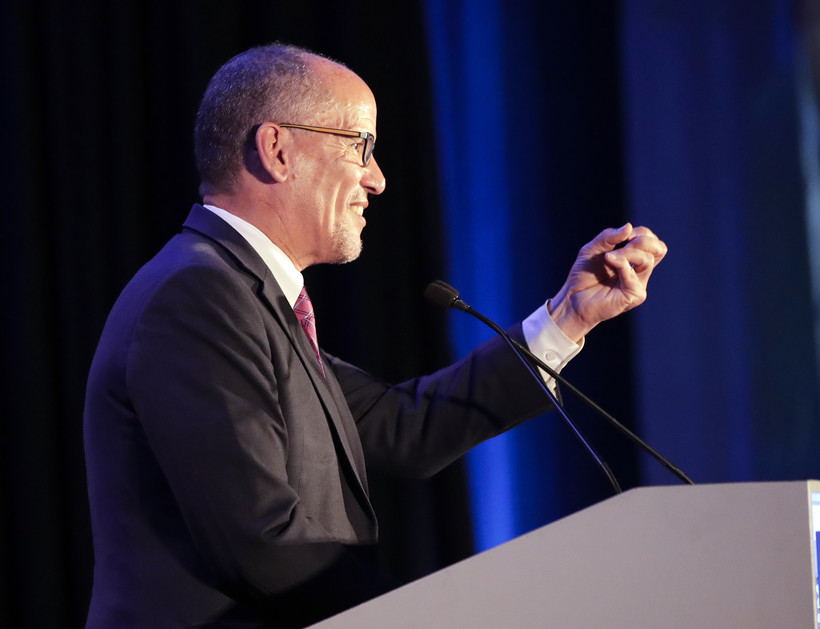 Perez was joined by Lt. Gov. Mandela Barnes, Milwaukee Democratic Chairman Chris Walton and other community organizers at the hour-long event. Earlier in the day, Perez was in Madison.

The events were part of a tour Perez is on across battleground states to discuss health care following last month's passage in the House of Representatives of a bill that would allow the government to negotiate lower prescription drug prices.

The bill, HR 3, is titled the Elijah E. Cummings Lower Drug Costs Now Act, is not expected to get through the U.S. Senate, and the White House has announced that Trump would veto it if it came to his desk, according to NPR.

Trump was in Milwaukee Tuesday. During the 90-minute rally where his focus was mainly on the U.S. military and Iran, Trump said people with pre-existing conditions would be covered.

On the day Trump was sworn in, he signed an executive order instructing his administration to "to waive, defer, grant exemptions from, or delay" implementing parts of the Affordable Care Act.

While former President Barack Obama’s signature health law has not been repealed and replaced, several provisions have been changed. This includes the elimination of the individual mandate and allowing states to require Medicaid beneficiaries to prove with documentation that they either work or go to school.

On Thursday, Perez said he doesn’t know who the Democratic nominee will be in July, but he knows they will be focused on health care.

"It’s not just Democrats that have pre-existing conditions," Perez said. "The opioid crisis does not discriminate on the basis of party affiliation or geography or race or economics. Diabetics are rich, poor, Republican, Democrat, independents. You have Republicans that are blocking it. And you have a president who promised great coverage at a much lower cost for people."

Perez also briefly gave an update on planning efforts for the Democratic National Convention, which will be hosted six months from now in downtown Milwaukee.

The July 13 to 16 event is estimated to bring approximately 50,000 visitors to Milwaukee and the surrounding region.

"Six months from the day, it will be a Thursday, our nominee will be giving his or her acceptance speech here in Milwaukee at the Democratic National Committee," Perez said. "We have a major wind at our at our back, across the country, 2017, 2018, 2019. What they have in common is Democrats won in scale. We won all over the country. We won because we organized early, organized everywhere, we organized together."

These have been held over the last several months as a way to engage the community with the convention.

"We are excited to kick-start this series of community conversations and to engage with all those who live and work in the city on what’s ahead,” said Joe Solmonese, CEO of the Democratic National Convention Committee.

The 2020 Democratic National Convention Community Conversations will take place from 6:30 to 8:30 p.m. on: