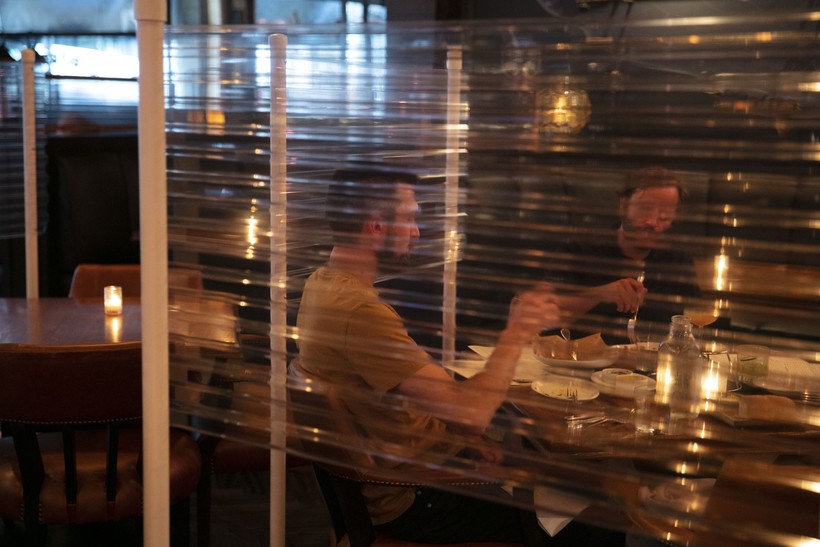 750 People In Wisconsin Have Died From COVID-19
By WPR Staff
Share:

There have been 25,331 positive cases of COVID-19 in Wisconsin as of Tuesday, according to the state Department of Health Services. That's an increase of 263 cases from the day before.

According to health officials, 750 people in Wisconsin have died from COVID-19 as of Tuesday afternoon, with five new deaths reported since Monday.

DHS reported 478,165 total negative tests for the coronavirus, an increase of 11,531 from Monday to Tuesday.

Wisconsin's daily testing capacity — based on the availability of test supplies and adequate staffing — has grown from 120 available lab tests in early March to 17,759 as of Tuesday. The number of actual tests reported on Tuesday was 11,794.

An increase in testing is one reason for the increase in the number of positive cases. The percentage of positive tests was 2.2 percent on Monday. That's the lowest percent the state has seen in at least two weeks.

There have been confirmed cases in all 72 of Wisconsin's counties, though not all cases are currently active. Milwaukee County — the hardest hit in the state — surpassed 10,000 cases of COVID-19 last week; the DHS reporting 10,406 cases on Tuesday.

"What we’re learning anecdotally is that it is younger people in the university community," Westergaard said. "The lesson from that is not a new message, but what needs to be a focused message, that social distancing is important for all of the population, all of the community in all settings."

He said public health officials will need to focus on encouraging young people to take safety precautions when colleges resume classes in the fall to prevent further community spread.

According to the latest data, 43 percent of La Crosse county’s confirmed cases have been people aged 20-29.

Last week, county health officials announced public exposures at several bars and a public beach earlier this month that have been linked to a dramatic increase in coronavirus cases.

In Winnebago County, around 21 percent of confirmed cases have been people in their 20s.

Public Health Madison and Dane County announced on Monday that about 60 percent of cases confirmed over the weekend were residents between the ages of 10 and 39.

Since the start of the pandemic, 286 of confirmed cases in Dane County have been people aged 20-29, making up about 24 percent of total cases.

DHS also announced a new online dashboard that shows the level of virus spread at the county and regional level.

The website has maps and tables showing virus activity level and trends in the number of cases, and will be updated weekly.

In a press release, Gov. Tony Evers called the tool "the next generation" of the Badger Bounce Back Plan, the state’s response to the coronavirus pandemic when the administration's "Safer at Home" order was still in effect.

"Our fight against COVID-19 isn’t over. Folks need to remember that this virus continues to spread in our state," Evers said in the release. "We want to make sure Wisconsinites have accurate information about the status of COVID-19 in their communities."

DHS officials said the information is meant to inform decisions within communities. The department continues to advise against travel between different areas of the state.