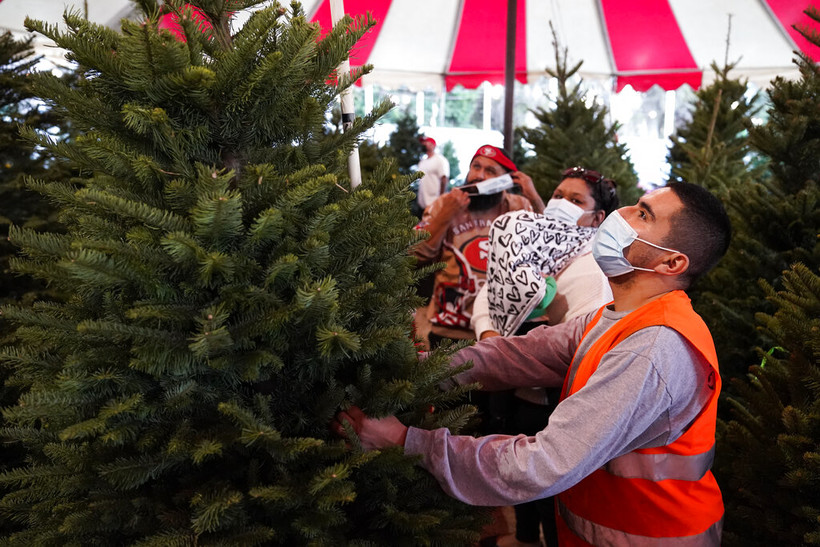 New reports of COVID-19 cases continue to decline in Wisconsin, based on the latest data published by the state Department of Health Services, though some experts warn the trend may not last.

And Wisconsinites can now learn more about coronavirus activity in their area with a new, interactive map launched Wednesday by DHS. It allows users to view COVID-19 cases and deaths by new geographical boundaries including municipality, zip code and school district.

"Breaking down existing case data by these additional geographies offers new ways for people to understand COVID-19 activity within their communities," DHS Secretary Andrea Palm said in a statement.

Across the state, DHS reported 3,777 new cases of the disease Wednesday, bringing the average for the past seven days to 3,664 daily cases, the lowest it's dipped in over a month. Two weeks ago, Wisconsin's seven-day average for new cases reached 6,563, the highest it's been since the pandemic began earlier this year. As the number of new cases has dropped since Thanksgiving, so has the number of tests conducted, according to DHS.

There were 82 new deaths from COVID-19 reported Wednesday. On Wednesday, 6,206 tested negative.

Of the people who got tested for COVID-19 over the past week, 31 percent were positive for the disease, according to DHS. That rate has been on the rise over the last week.

On Sept. 30, DHS also introduced an alternative positivity rate, one that measures the percentage of tests that are positive, instead of the percentage of people who get a positive result. The new metric takes into account people who have been tested multiple times. The seven-day average for that number is at 13.8 percent.

According to the Wisconsin Hospital Association, there were 1,827 COVID-19 patients hospitalized as of Tuesday. A total of 17,569 people have been hospitalized because of the disease, or 4.4 percent of all positive cases.

The latest figures bring the overall total of positive cases in Wisconsin to 395,090, according to DHS. A total of 3,502 people in Wisconsin have died from COVID-19.

Wisconsin's daily testing capacity — based on the availability of test supplies and adequate staffing — has grown from 120 available lab tests in early March to 59,625 as of Wednesday. The number of actual people with new test results reported Wednesday was 9,983.