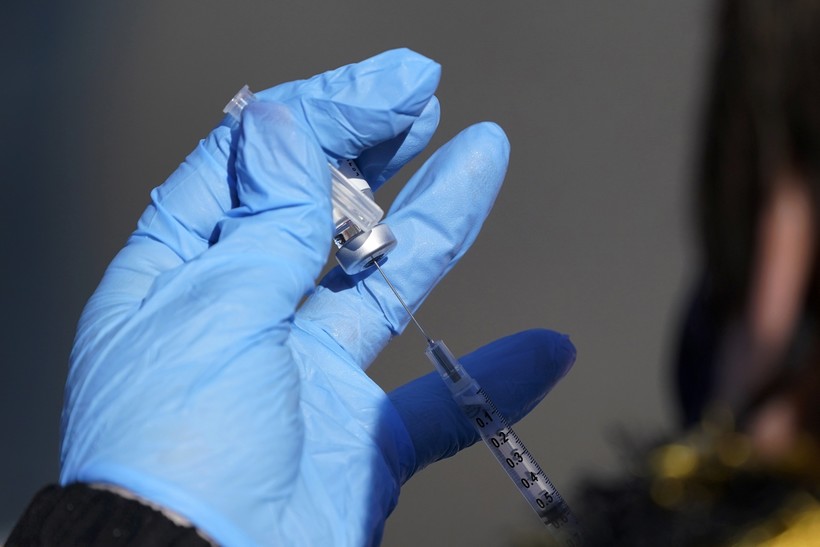 In this March 19, 2021, photo, a nurse fills a syringe with COVID-19 vaccine at a mass vaccination site in Kansas City, Mo. Orlin Wagner/AP Photo

DHS On COVID-19 Delta Strain: 'This Variant Is Less Forgiving'

Wisconsin residents can now find out COVID-19 vaccination rates not only at the state and county level but their school district, census tract, zip code and municipality.

State health officials say the new tool will tell them where to focus their vaccination efforts as the state’s percentage of new cases caused by the Delta variant has doubled in the past few weeks.

"We see painfully low rates of vaccination in urban neighborhoods. Many of them where people of color live. In the city of Milwaukee, Racine, Kenosha, Beloit and other cities across the state. The neighborhoods with higher social vulnerability continue to have lower vaccination rates and need to be a focus of our efforts," state Department of Health Services Deputy Secretary Julie Willems Van Dijk said during a media briefing Friday.

In 2017, state health officials published school immunization data online so people could see how their community compared to others for recommended shots protecting against measles, mumps, rubella, polio, hepatitis B, varicella, diphtheria, tetanus and pertussis. The move came after Minnesota saw its largest measles outbreak in nearly 30 years.

While the current 7-day average for new COVID-19 cases continues to decline — at 91 cases as of Friday — health officials say that number is still too high and urged people to get vaccinated against COVID-19.

Studies have shown the current vaccines are effective against the Delta variant and while Pfizer-BioNTech will seek authorization from federal health officials for a booster shot, neither the Centers for Disease Control and Prevention nor the U.S. Food and Drug Administration has said it's needed at this time.

"This new variant circulating is somewhat less forgiving. It will spread quicker at any given level of precautions that we take," said Dr. Ryan Westergaard, who urged people to wear masks indoors and avoid others when sick to protect those who are unable to be vaccinated.

Currently, about 5,000 to 6,000 people are getting vaccinated against COVID-19 daily in Wisconsin. That’s far lower than it was initially in part because 62 percent of people in Wisconsin age 18 and older have already had at least one shot.

Willems Van Dijk called it "great news" that most Wisconsin counties had medium or low disease levels but cautioned what happened in India could happen here. In southwest Missouri, a surge in new COVID-19 cases is overwhelming hospitals.