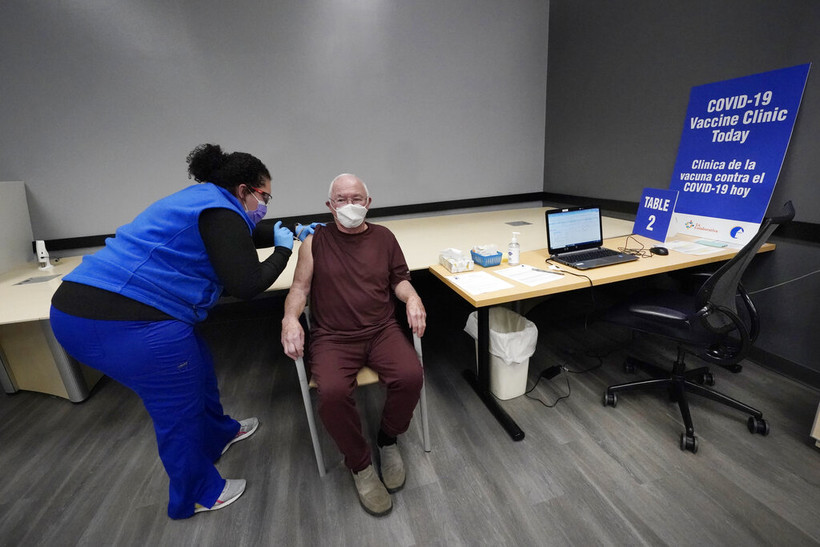 New reports of COVID-19 cases are averaging at around 600 cases per day in Wisconsin, based on the latest data published by the state Department of Health Services (DHS).

There were 25 new deaths from COVID-19 reported Wednesday. On Wednesday, 4,517 tested negative.

Of the tests for COVID-19 conducted over the past week, 2.8 percent were positive for the disease, according to DHS. That rate has been on the decline since early January. The rate takes into account people who have been tested multiple times.

According to DHS, 1,625,875 doses of coronavirus vaccine have been allocated to Wisconsin by the federal government as of Wednesday, an increase of 473,850 from a week ago. A total of 1,237,867 doses have been administered in Wisconsin as of Wednesday, with 48.1 percent of Wisconsinites age 65 and up receiving at least one dose of the vaccine so far. DHS reported that 825,900 Wisconsin residents had received at least one dose, representing 14.2 percent of the state population.

As of Wednesday, 386,072 people in Wisconsin, or 6.6 percent of the population, have received both shots, completing the vaccination series.

According to the Wisconsin Hospital Association, there were 347 COVID-19 patients hospitalized as of Tuesday. A total of 25,893 people have been hospitalized because of the disease, or 4.6 percent of all positive cases.

The latest figures bring the overall total of positive cases in Wisconsin to 561,311, according to DHS. A total of 6,342 people in Wisconsin have died from COVID-19.

Wisconsin's daily testing capacity — based on the availability of test supplies and adequate staffing — has grown from 120 available lab tests in early March to 59,273 as of Wednesday. The number of actual people with new test results reported Wednesday was 5,264.

Wisconsin's daily testing capacity — based on the availability of test supplies and adequate staffing — has grown from 120 available lab tests in early March to 59,273 as of Wednesday. The number of actual people with new test results reported Wednesday was 5,264.