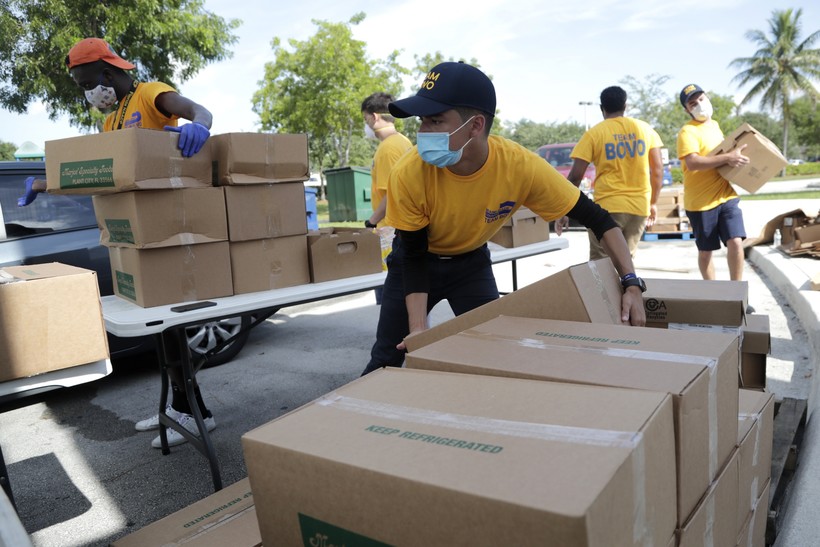 New reports of COVID-19 cases are holding steady after a weekend surge in Wisconsin, based on the latest data published by the state’s Department of Health Services.

DHS reported 495 new cases of the virus on Tuesday, bringing the average for the past seven days to 557 daily cases.

One week ago the average was 475 daily cases.

The latest figures bring the overall total of positive cases in Wisconsin to 32,556, according to DHS. A total of 805 people in Wisconsin have died from COVID-19, with nine new deaths reported on Tuesday.

The number of new daily cases in Wisconsin hit an all-time high over the weekend. DHS reported 738 new cases on Saturday, setting a one-day record for the most number of new cases since reporting began in March.

"We cannot let this trend continue," Evers said Tuesday. "Wisconsinites have sacrificed too much over the past months for us to give up on our efforts now."

Palm pointed out that the state has added roughly 16,000 new cases of the virus since Memorial Day, a number that took several months to reach before the holiday. She added that about 24 percent of cases are among people in their 20s.

Evers said young people need to "step up" to take precautions against the virus.

"We have seen patients at all ages lose the battle against this virus," he said.

According to DHS, 3.9 percent of all test results reported on Tuesday were positive for COVID-19, bringing the average percentage of positive tests over the past seven days to 6.9 percent. The seven-day average a week ago was 5.3 percent.

Wisconsin's daily testing capacity — based on the availability of test supplies and adequate staffing — has grown from 120 available lab tests in early March to 19,014 as of Tuesday. The number of actual tests reported on Tuesday was 12,594.