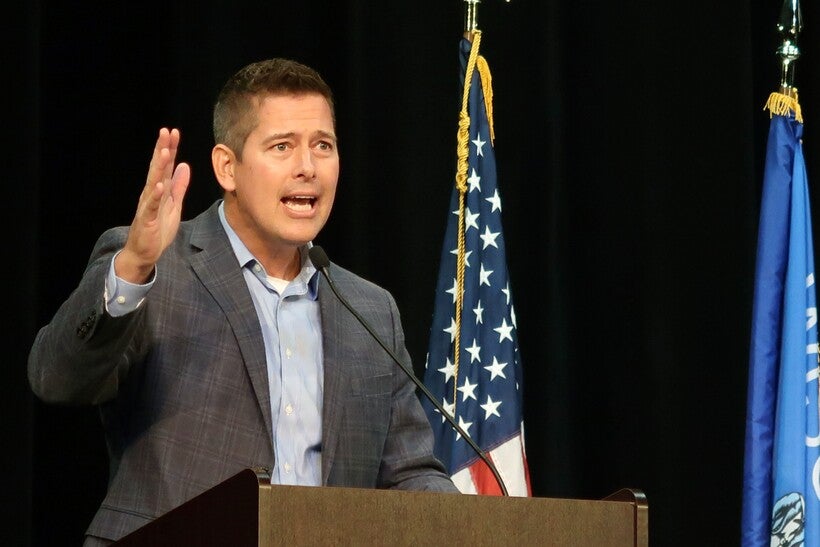 Former Republican U.S. Rep. Sean Duffy said Thursday that he won’t run for governor in Wisconsin, rejecting a plea from former President Donald Trump to get into the race.

While other Republicans could still decide to run, Duffy’s decision cleared a major obstacle for former Lt. Gov. Rebecca Kleefisch, the most prominent Republican to formally announce she’s running for governor.

Duffy left Congress in 2019, citing the need to spend more time with his family, which includes nine children. Duffy and his wife, Rachel Campos-Duffy, have since moved to New Jersey to be closer to headquarters for Fox News, where they are both regular on-air personalities.

While Kleefisch announced her campaign in September, Trump issued a statement in October that made no mention of her candidacy, instead urging Duffy to enter the race and saying he was "working hard" to get the former congressman to run.

"He would be fantastic! A champion athlete, Sean loves the people of Wisconsin, and would be virtually unbeatable," Trump said in October. "Run Sean, Run!"

In an interview with WISN-AM radio in Milwaukee Thursday, Duffy said he was flattered by Trump’s endorsement and gave the race serious consideration.

"At one point, my kids will be a little older, and I hope that I'll be able to reconsider public service," Duffy said. "But at this point, it's just not the right time in my life."

Duffy also ruled out a run for U.S. Senate, where incumbent Republican U.S. Sen. Ron Johnson has yet to announce whether he’ll seek a third term.

"This is not the right time for me," Duffy said of a Senate campaign. "No one can do it like Ron Johnson. So I hope he runs. And if he doesn't run, I think we're gonna have a messy primary."

Johnson’s decision could set off a chain reaction that would affect the race for governor. Former Republican U.S. Senate candidate Kevin Nicholson has signaled that he could run for Senate or governor depending on whether Johnson gets into the race. Madison businessman Eric Hovde, who ran for U.S. Senate in 2012, has also hinted at a possible run for governor in 2022.

Whoever emerges from the GOP primary would face Democratic Gov. Tony Evers, who defeated former Republican Gov. Scott Walker to win his first term in 2018.