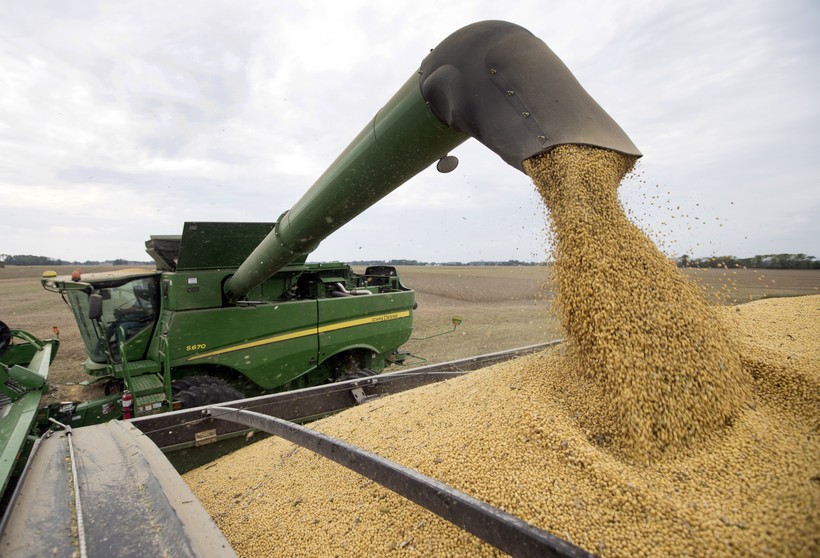 Despite a year of pandemic-related challenges, Wisconsin farmers are expected to end the year with a higher average income than they did in 2019.

The U.S. Department of Agriculture's Economic Research Service estimated in their latest farm financial forecast that net farm income will hit $119.6 billion in 2020, a 41 percent increase from 2019 and the highest income level since 2013.

Paul Mitchell, director of the Renk Agribusiness Institute at the University of Wisconsin-Madison, said the forecast is slightly higher than last quarter’s estimate, partly because of a price rally for corn and soybeans seen around harvest time.

"Cash revenues, from soybeans especially, are up compared to where they were in September. It's rare to have prices go up at harvest when everyone is bringing crops in," Mitchell said.

He said demand has been stronger than expected in recent months due to increased ethanol use and exports to China.

Earlier forecasts also did not include the $13.3 billion expected to be paid to farmers through the second round of the Coronavirus Food Assistance Program (CFAP).

Sixty percent of this year’s government payments are from coronavirus-related programs like CFAP and the Paycheck Protection Program.

Mitchell said the influx of cash will help many producers pay down their debts and catch up on capital investments, like new machinery. He said farmers have been putting off big purchases and cutting input costs for years because profit margins have been so low.

"It's going to reduce the financial stress they've been facing which will have some positive impacts. But there's still a lot of stress from the pandemic," Mitchell said.

Much of that stress has been in the livestock industries, especially cattle and hogs.

Brenda Boetel is chair of the agricultural economic department at UW-River Falls. She said income from cattle was already expected to be down in 2020 because many producers were looking to shrink their herds.

But she said cattle prices were down almost 11 percent in the second quarter of the year.

"We would not have expected them to be that much lower but the reason why they were was simply because of the shutdown of those processing facilities," Boetel said.

She said the price decline for producers comes as retail prices for beef hit historic highs in 2020.

Boetel said delayed sales of cattle to packing plants is still trickling down through the industry and should start to resolve in 2021.

A similar trickle down is also affecting hog producers, many of whom had to euthanize animals this spring because processing plants couldn’t take them.

But Boetel said the pork industry is in worse shape because it was still recovering from the effects of African swine fever decimating the Chinese pork industry in 2019.

"They've had these two big worldwide impacting events occur one year after the other and that's just throwing the whole industry into this roller coaster essentially," Boetel said.

Boetel said increased government subsidies have helped some livestock producers weather the pandemic. But she said the market uncertainty has been worse for small producers because they rely on local meat lockers and they aren’t able to secure stable prices through forward contracting.