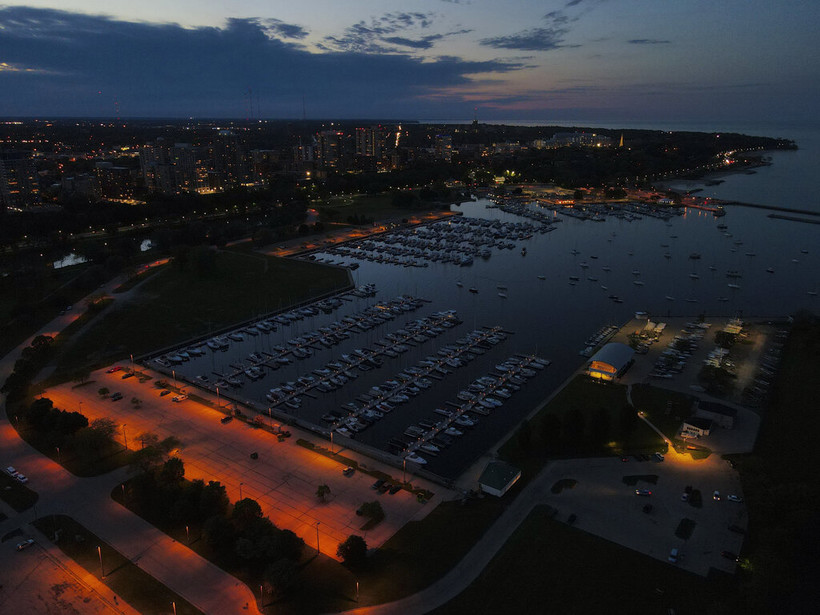 Though ozone pollution has decreased, a third of the population lives in an area with levels above EPA standards
By Leah Treidler
Share:

Compared to two decades ago, the air Wisconsinites breathe today is far cleaner, but the state still isn't meeting all national air quality standards. That's according to a new report from the state's Department of Natural Resources.

"In the entire state, we are meeting all federal standards for criteria pollutants, like particulate matter, nitrogen dioxide, carbon monoxide, sulfur dioxide and lead," said Craig Czarnecki, the outreach coordinator for the DNR's air management program. "The only one we are not meeting the standards for would be the 2015 ozone standard."

Between 2002 and 2017, carbon monoxide emissions fell 58 percent, mostly due to a reduction in vehicle emissions. Ozone pollution has also dropped in the past 20 years, but that downward trend has flatlined, Czarnecki said.

That leaves one-third of the state's population living in an area that's not meeting Environmental Protection Agency standards, he said, mostly along the Lake Michigan shoreline. That area, which includes Kenosha, Racine, Milwaukee and Waukesha counties, has wrestled with high ozone pollution for decades, according to Czarnecki.

That's mostly because of the shoreline's geography, he said, but as climate change heats up the state, the problem could get worse.

"As temperatures increase over time, there are chances to have more elevated ozone concentrations, because that's the chemistry of ozone. It needs sunlight and heat to form," he said.

Cars and trucks are the main sources of ozone pollution, Czarnecki said, so getting cleaner or electric vehicles could reduce that issue. But smaller, individual choices can also help clear up all kinds of pollution, like using less electricity and taking public transit. Those moves are key to avoiding the far-reaching health effects of bad air, he said.

Air pollution can exacerbate lung diseases, asthma, cardiovascular diseases and cancer, according to Jadine Sonoda, the campaign coordinator for the Sierra Club in Wisconsin. Children, elderly people and pregnant people are especially vulnerable, according to the EPA.

One of the major polluters, Sonoda said, is the fossil fuel industry. Across the country, coal-fired and gas power plants make up a third of greenhouse gas emissions, according to a 2020 University of Wisconsin-Madison study.

"When you live close to specifically coal power plants, there's particulate matter and other contaminants that are spewed into the atmosphere as the coal is burned," Sonoda said. "And those pollutants can get lodged in your lungs and really disrupt normal bodily function."

But the impact of poor air isn't evenly spread across the population, Sonoda said.

"Many fossil fuel sites are in areas that are majority Black or brown and poor communities as well," she said. "Folks who historically have not been decision-makers in terms of where things are being sited and which communities are going to be impacted most."

According to a study by Clean Wisconsin, people of color in the state are exposed to more particulate pollution than white people on average, particularly because of transportation and industrial emitters, like power plants. And while the disparity exists across the country, the report said Wisconsin has one of the largest disparities nationwide.

Sonoda said transitioning to clean energy would prevent the health impacts of fossil fuels and save billions of dollars.

According to the UW-Madison study, transitioning to 100 percent clean energy would save $21 billion per year by averting health issues. That change, the study said, would prevent nearly 2,000 premature deaths, 650 respiratory emergency room visits and 34,400 cases of asthma exacerbation each year.

While there has been progress on improving air quality and beginning the transition to clean energy in recent years, Sonoda said there's still a long way to go.