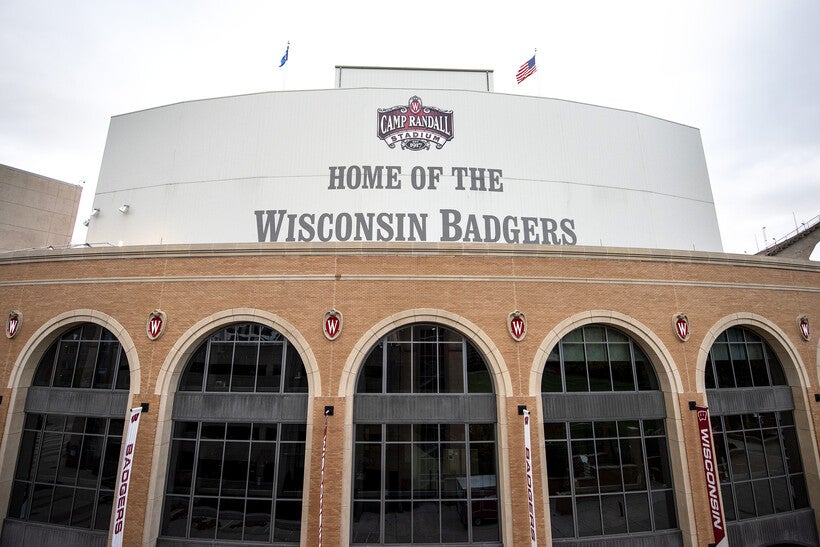 The University of Wisconsin-Madison named Chris McIntosh its new director of athletics on Wednesday, replacing the retiring Barry Alvarez.

McIntosh has served as deputy athletic director since 2017, overseeing the recruitment of athletes, human resources, strategic planning and day-to-day operations, according to a press release from the university.

"As we navigate dynamic times in college athletics, we will embrace the change that comes our way, we will capture opportunity, and we will be forced to adapt," said McIntosh at a Wednesday afternoon press conference. "There is one thing that will not change about our program, there is one thing that will remain consistent, and that is that education will be the top priority of our department."

McIntosh received two degrees from UW-Madison — a bachelors and a masters in educational leadership and policy analysis. The Pewaukee native and first-generation college student was captain of the Badgers' 1999 and 2000 men's football teams, both of which went to the Rose Bowl, and played professionally for the Seattle Seahawks until 2004.

"In my case, it was football that provided me access to higher education and to a world-class institution like this," he said. "The lifetime value of a degree from UW-Madison cannot be overstated — the generational impact is astounding, my family is living proof of that." 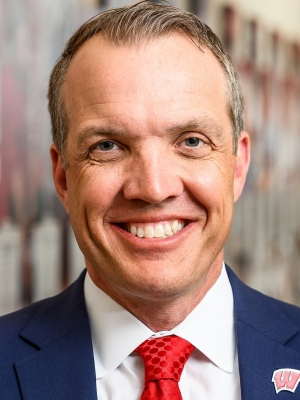 Kevin Warren, commissioner of the Big Ten Conference, called McIntosh a visionary with a big heart, and said he was excited when he heard McIntosh would be next to lead Badger Athletics.

"Chris epitomizes everything you want in an athletic director — he's honest, he's smart, he's hardworking, he's a man of integrity," Warren said. "I am confident that he will continually put the well-being of our student-athletes at the top of his list."

Barry Alvarez announced his retirement in April. Both Alvarez and his predecessor, Pat Richter, spent more than a decade at the helm of UW athletics — Richter from 1989 to 2004, and Alvarez from 2004 until his retirement this year. McIntosh played under Alvarez during his Badgers football tenure, a fact Alvarez highlighted in a statement responding to the announcement that McIntosh would fill his shoes.

"I have known Mac since he was a teenager when he joined our football program. I am extremely proud of what he has accomplished in his life. He epitomizes the transformational power of the student-athlete experience at Wisconsin," Alvarez said. "In particular, his leadership and intelligence were critical in helping our department navigate the various challenges of the past 15 months. Those same qualities will serve him well on into the future."

The appointment was approved Wednesday morning by the UW System Board of Regents, which has to sign off on all athletic contracts valued over $500,000 annually.

"Chris is a leader, I'm confident he's going to build on Coach Alvarez's legacy of success and make our alumni and fans across the state and around the world proud," said UW-Madison Chancellor Rebecca Blank. "Over the past year, he's steered the program through the pandemic, minimizing the financial impact and making sure our student-athletes had access to the services they needed."

McIntosh said making the department a welcoming place for employees and students is a top priority, according to the press release. He initiated the athletic department's diversity and inclusion strategic plan and helped found its Equity and Diversity Council.

"I'm proud to have played a role in the success of this department," McIntosh said. "I'm even more excited to lead this department in a way that is welcoming to all people of all backgrounds and experience, a place where people can develop to be their very best, and as a place where we can come together during the good times, and inevitably, during the tough times"

Editor's note: WPR is a service of UW-Madison and the Wisconsin Educational Communications Board.