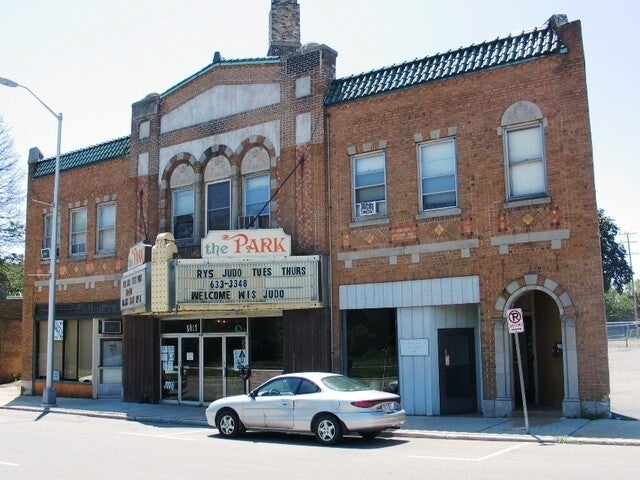 The Park Theater in Racine, built in 1928, is scheduled to be demolished on Feb. 9, 2021. Photo courtesy of the West Racine Alliance

With Demolition Days Away, Group Still Fighting To Save Racine Theater

The Park Opened In 1928, Will Be Razed Tuesday
By Corrinne Hess
Share:

Racine's former Park Theater will be demolished Tuesday, after standing for nearly 100 years. But a group of dedicated history lovers are continuing to fight until the theater’s final curtain call.

The theater, located at 3015 Washington Ave. in the city’s West Racine neighborhood, has been condemned, is vacant and in desperate need of repair. In mid-2018, the city issued a raze order because of safety concerns for neighboring businesses and pedestrians.

The order was challenged by the building’s owner, John Apple, who purchased the theater in 2006, and was using it for storage. Apple owes $158,233 in back taxes since 2010 on the building, according to Racine County tax records.

"John Apple did everything in his power to delay the raze, and while that was happening, a wonderful, motivated and passionate group came forward," said Alder Trevor Jung, who represents West Racine.

The West Racine Alliance organized Friends of the Capitol Theater. The group has raised an undisclosed amount of pledges from donors from 15 states.

"It’s enough to purchase the building from Apple, cover roof repairs, all of the brick work needed and purchase a $1 million liability policy," said Judith  Schulz, who is on the committee to save the theater.

Schultz said the group also has a letter of understanding from Apple to purchase the building.

"The fact that the owner didn’t take care of it is old news,"  Schulz said. "Now there is a large group of people who want to save it and restore it as a public venue."

Schultz said the group has been working with the city, on and off for more than a year. They’ve asked to stop the demolition for three months. So far, they haven't gotten city support.

"If in three months it just is not possible with everyone’s efforts, we just will have to say we can’t do it," Schulz said. "But at this point, it looks as if we can. We’re ready to fix the roof. That should help alleviate the city’s concerns for liability — we have the same concerns. We want that building safe for the neighbors, and we want it safe for itself."

Racine’s building inspector, Ken Plaski, did not respond to a request for comment. 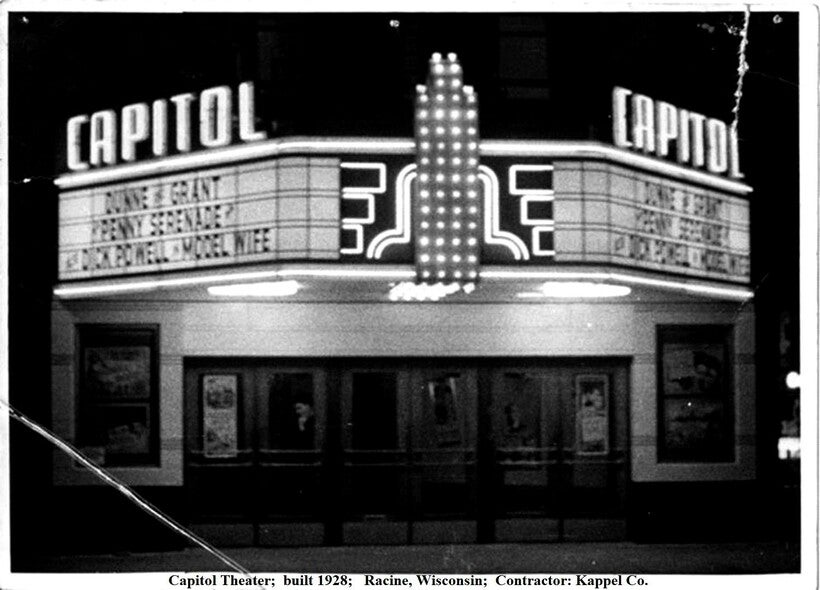 The Park Theater in Racine was originally opened as the Capitol Theater in 1928. Photo courtesy of Kappel Co.

The two-story Capitol Theater was built in 1928 and renamed "The Park" in 1981. During its time as a theater, the venue hosted silent movies, vaudeville, newsreels, festivals, contests, radio broadcasts and comedy.

Waukesha native Les Paul, who is revered by musicians for his contributions to jazz, country, blues, and rock 'n' roll, performed there when he was 14 years old as "Red Hot Red."

Schutz said there are so many people in Racine, and beyond, who have a story connected to The Park. Her story is about her grandfather, who helped build the theater.

Kappel Co., owned by Schulz’s great-grandfather, Andrew Kappel, was awarded the contract in 1927 to build the theater. But Andrew Kappel died before the project began, so his sons took it over.

Alder Jung applauds the Friends of the Capitol Theater group for their efforts. But said it’s likely the demolition will take place on Tuesday.

"It’s wonderful to have this type of momentum," Jung said. "It’s a shame this got the attention after the raze order was initiated. I’m inspired by them, I know they care deeply, and I think there is an opportunity to channel this type of energy in other places where we have other historic buildings."