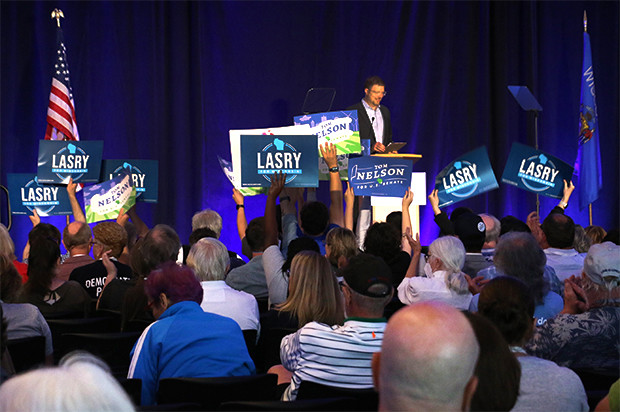 Democrats hoping to unseat Republican U.S. Senator Ron Johnson this fall say Congress must end the 60-vote filibuster to codify federal abortion rights into law. The calls came during the final day of a Democratic Party of Wisconsin's convention that was dominated by the U.S. Supreme Court decision Friday overturning Roe v. Wade.

Wendy Winslow of Wisconsin Rapids said she and other Democrats knew the day the 1973 abortion rights ruling would be overturned was coming after a draft opinion from the high court was leaked in May.

The day before the start of the 2022 state Democratic party convention in La Crosse, the official ruling was released.

"That's when it was just … whoa!" said Winslow, who is a Democratic Party vice co-chair for Wisconsin's 3rd Congressional District. "It's going to motivate a lot of voters, not just because of abortion, but also because it's a train like Clarence Thomas alluded to."

She and others at the convention worry about the Justice's concurring opinion from Friday stating the court should reconsider past rulings on contraception access, same-sex relationships and same-sex marriage.

On the convention stage Sunday morning, the top four Democrats competing in a crowded primary for U.S. Senate all called for abortion rights to be codified into law by Congress.

State Treasurer Sarah Godlewski of Eau Claire started her speech by saying prior to Friday she'd planned to talk about lighter issues.

"But you know what happened, and it's been devastating because many of us in this room now have fewer rights than we had just 72 hours ago," said Godlewski. "And I'm pissed. I'm pissed because we had 50 years to codify this."

To do that, Godlewski said Congress must end the 60-vote requirement needed to stop debate in the U.S. Senate. 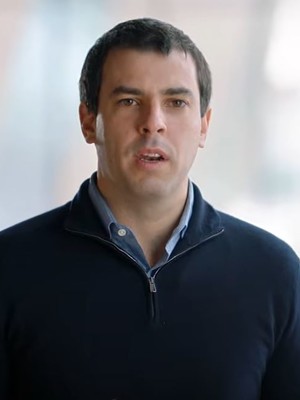 Milwaukee Bucks executive Alex Lasry said ending the filibuster and codifying abortion rights into law is a must, but Congress should go even further. 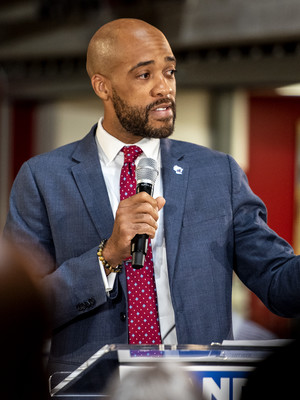 Lt. Gov. Mandela Barnes, who holds a slight lead over his Democratic primary opponents according to the latest Marquette University Law School Poll, also called for nixing the filibuster to make Roe v. Wade "the law of the land."

Outagamie County Executive Tom Nelson stepped beyond his fellow Democrats' calls for eliminating the 60-vote threshold in the Senate.

"And after Friday's abomination of a decision sending women back to the Dark Ages, I'm proud to be the only candidate who has said we need to expand the Supreme Court," said Nelson.

Killing the filibuster or even expanding the U.S. Supreme Court would be an uphill battle with Democrats' slim majority in the U.S. Senate and would require the support of Democratic Sen. Joe Manchin of West Virginia, who has said repeatedly that he wouldn't support changing the senate rules. 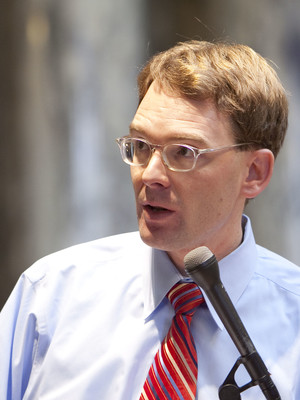 Republican U.S. Senator Ron Johnson, who trails all Democratic opponents but Lasry in head-to-head matchups per the Marquette poll, celebrated the SCOTUS decision striking down Roe v. Wade on Friday.

"This decision will now allow that democratic process to unfold in each state to determine at what point does society have the responsibility to protect life," said Johnson. "Hopefully, the debate will be conducted with sincerity, compassion, and respect for the broad range of views that people hold."

In the past, Johnson has supported a federal ban on abortion after 20 weeks.