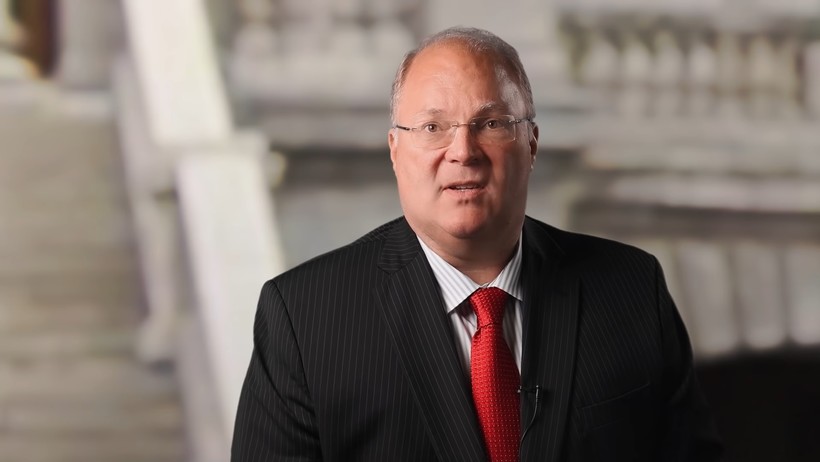 A group of Democratic state lawmakers are calling for an audit of former state Supreme Court Justice Michael Gableman's election review after he told voters Assembly Speaker Robin Vos, R-Rochester, "never wanted a real investigation into the 2020 election in Wisconsin."

Democrats on the Legislature's Joint Legislative Audit Committee sent a letter Wednesday to state Sen. Rob Cowles, R-Green Bay, asking for the nonpartisan Legislative Audit Bureau to "conduct a thorough review of the Office of Special Counsel," which Gableman heads.

The letter came the day after Vos nearly lost a primary challenge to Republican Adam Steen, who campaigned on decertifying the 2020 election, which legal experts say is impossible.

Steen was endorsed by former President Donald Trump, who had pressured Vos repeatedly on decertification, and Gableman who issued a robocall claiming the speaker stood in the way of his investigation.

"Everything that my office and I have been able to do to expose all the corruption that took place has been in spite of Robin and not because of him," said Gableman in a recording obtained by WisPolitics.

After declaring victory Tuesday night with a margin of less than 300 votes, Vos called Gableman "an embarrassment to the state" and said he would be talking to Republican caucus members about next steps regarding Gableman's investigation.

State Sen. Melissa Agard, D-Madison, sits on the Legislative Audit Committee and is one of four Democratic members requesting the audit. She told Wisconsin Public Radio the falling out between Gableman and Vos is proof that more than $1 million in taxpayer money was spent on a "sham investigation."

"I would even hope that the speaker would agree with us that we need to get down to the bottom of how this has happened, why it is that we've gone down this path, and how to prevent things like this from happening in the future," Agard said.

In an email, Vos spokesperson Angela Joyce said the speaker wouldn't be commenting on the audit request but noted that all expenses for the Office of Special Counsel have gone through the Assembly's chief clerk.

"So it's a lost cause and hyper-political," Joyce wrote.

State Sen. Tim Carpenter, D-Milwaukee, also signed on to the audit request. He told WPR Vos' criticism of Gableman was "an admission of guilt" that he wasted taxpayer money on the 2020 election review.

"There are too many cowards in the Republican Party," Carpenter said. "They know in their heart that it's wrong, but they're still willing to do it because of political pressure on them. And I lost a lot of respect for some of my Republican colleagues because they can continue to perpetuate this monster and now this monster is starting to eat up Speaker Vos and other people."

This isn't the first attempt by Democrats to audit Gableman's Office of Special Counsel. In February, audit committee Democrats were unsuccessful in proposing an audit.

Carpenter also introduced a nonbinding resolution known as a Senate Petition in March calling for an audit of Gableman's office to obtain contracts with Vos and expenses related to the investigation.

The petition failed to pass but did get votes of support from state Sens. Kathy Bernier, R-Chippewa Falls; Dale Kooyenga, R-Brookfield; and Jerry Petrowski, R-Marathon. Those senators announced this year they would not seek reelection.

Gableman, Vos and the state Assembly have faced multiple lawsuits from liberal watchdog American Oversight seeking records tied to the 2020 election review. Dane County circuit court judges found Vos and Gableman in contempt of court for not releasing records requested by the group.

Gableman issued a report on March 1 that included a suggestion state lawmakers consider decertifying the 2020 election results. Legal experts have said such a move is impossible.