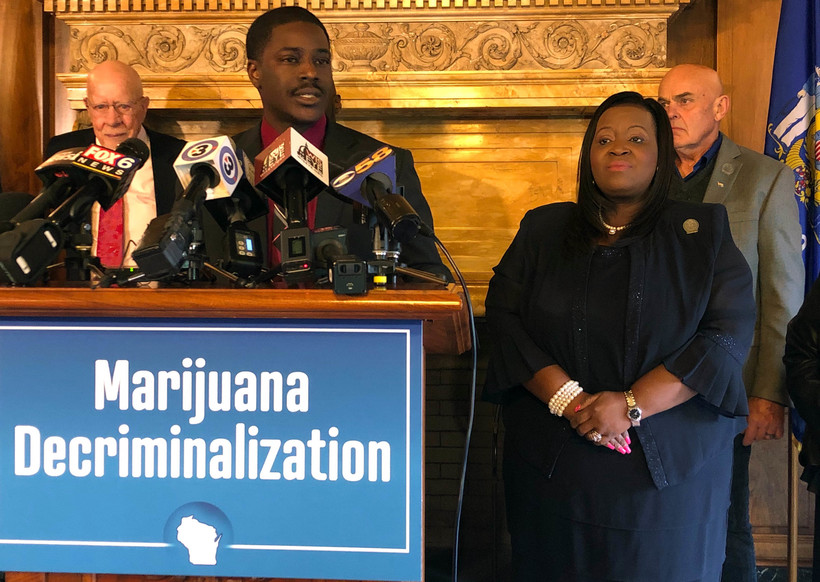 Democratic Bill Would Decriminalize Certain Amounts Of Marijuana In Wisconsin

Plan Would End Criminal Penalties For Possessing Up To 28 Grams Of Marijuana
By Laurel White
Share:

Possessing certain amounts of marijuana would no longer be a crime in Wisconsin under a proposal introduced Wednesday by Democratic state lawmakers.

Under the bill, people who have less than 28 grams of marijuana in their possession would not be subject to criminal charges or civil penalties, like fines.

Right now, a first possession offense comes with a fine of up to $1,000 and up to six months in jail. A second possession is a felony, with a penalty of up to $10,000 and three and a half years in prison.

The measure backed by Democratic lawmakers is similar to one Gov. Tony Evers included in his state budget proposal. That plan would have legalized medical marijuana in Wisconsin and decriminalized possession of up to 25 grams of the drug.

Republican lawmakers, who hold majorities in the state Assembly and Senate, opposed the plan and removed it from the budget.

The Democratic sponsors of the bill said previous GOP opposition is no reason not to reintroduce the measure.

"For too long, Wisconsin’s criminal justice system has been anything but just," said Rep. David Crowley, D-Milwaukee, one of the bill’s sponsors. "A generation of black men and women have been lost due to the failed war on drugs and due to mass incarceration."

Crowley and other proponents argue the change would curb the state’s disproportionately high incarceration rate for black men, many of whom are serving time for low-level drug offenses.

A number of reports from nonprofit organizations and the federal government in recent years have outlined Wisconsin’s disproportionately high incarceration rate of African Americans and other individuals from communities of color for offenses including marijuana possession.

"Far too many of our children are raised without both parents present due to the possession of small amounts of marijuana," said Rep. Shelia Stubbs, D-Madison, another sponsor of the bill.

The plan would also create a process for expunging previous convictions for possessing less than 28 grams of marijuana from individuals’ criminal records.

Stubbs said that would help decrease barriers to employment and higher education. 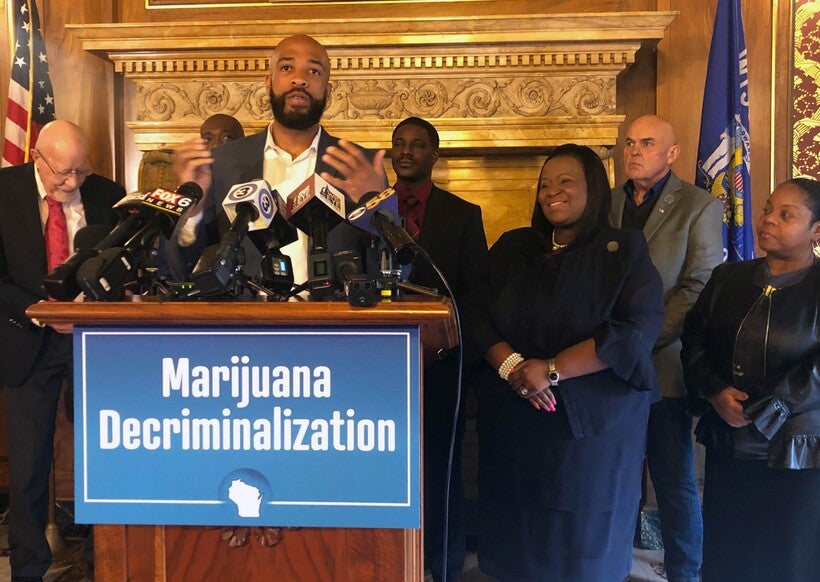 Lt. Gov. Mandela Barnes joined lawmakers at their Capitol press conference unveiling the bill. Barnes, whose office has taken up issues of racial equity across the state, urged GOP leaders to change their tune on the issue.

"This is another instance where the speaker of the state Assembly is acting directly counter to the interests of the people of the state," Barnes said.

A spokesperson for Assembly Speaker Robin Vos, R-Rochester, said the speaker remains opposed to decriminalization, adding there isn’t sufficient support among the Assembly Republican caucus to approve the bill.

"I’ve long been an opponent to any type of marijuana legalization and doubt that any proposals currently being floated will gain support from Republicans in the Senate," Fitzgerald said.