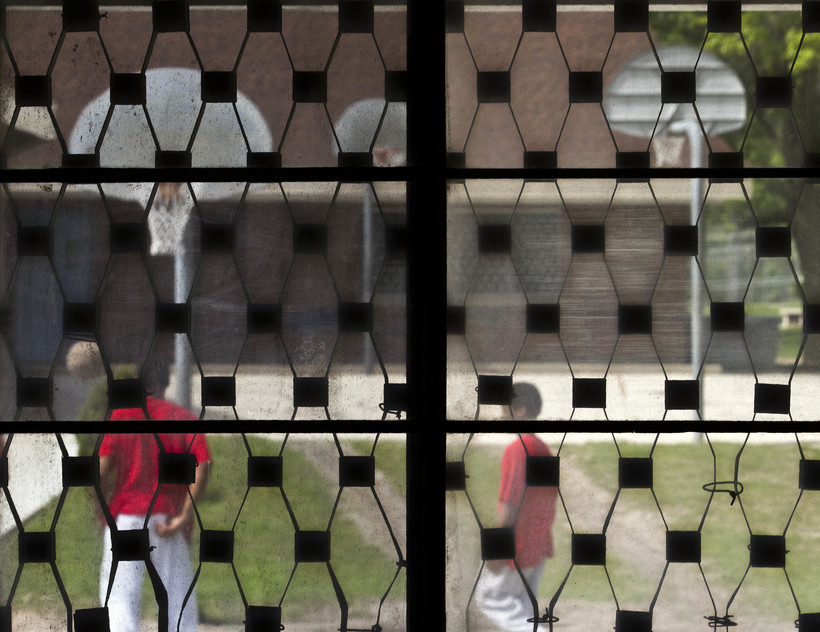 While the number of kids arrested in Wisconsin is declining, it appears it is happening at a much faster rate for white youth, compared to youth of color, according to a new report from Kids Forward.

The report, from Race to Equity, a project of Kids Forward, found that black youth are three times more likely, and Native American youth are twice as likely, to be arrested in Wisconsin than their white peers. 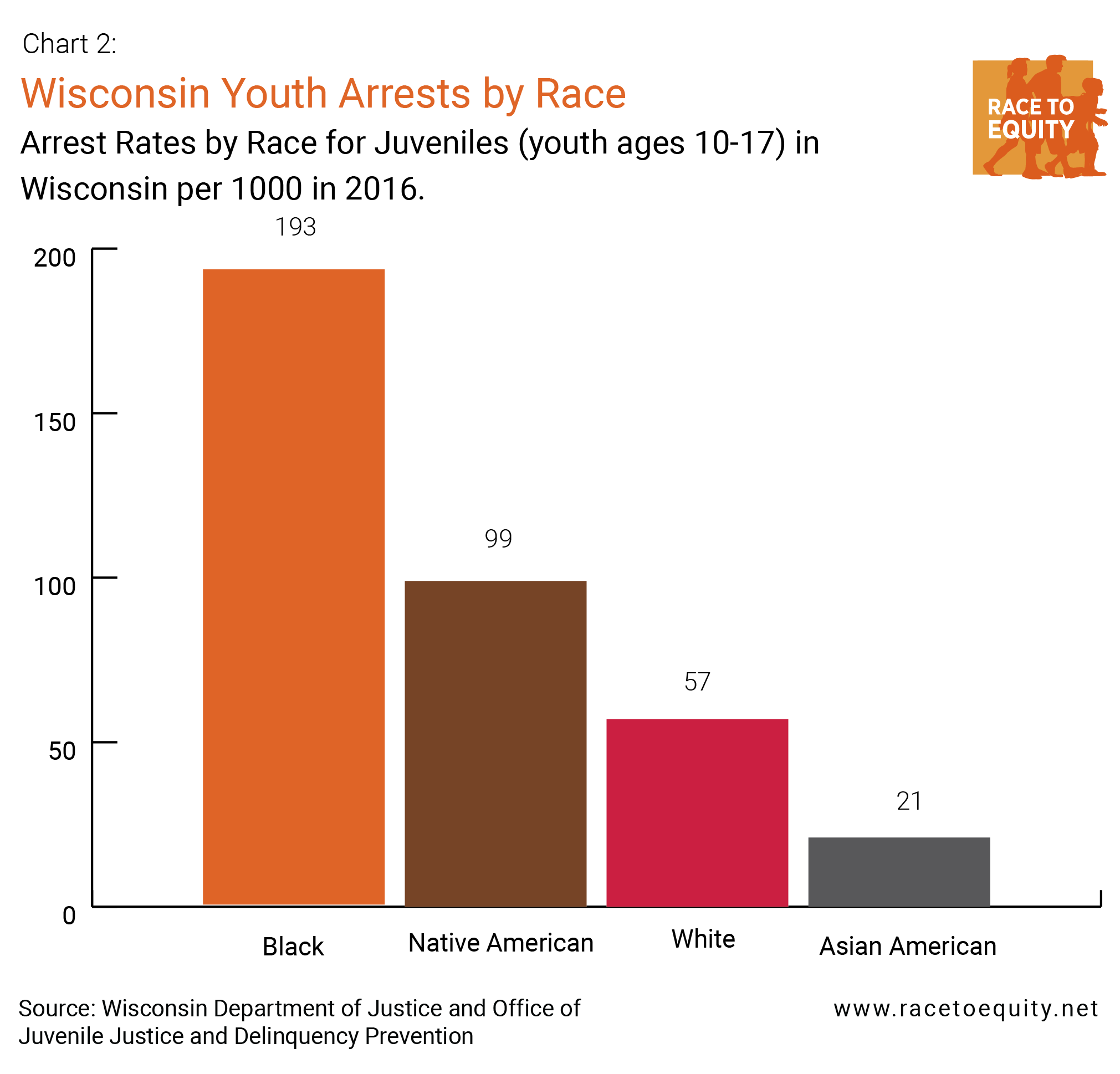 Graph courtesy of Race to Equity.

That disparity not only continues, but increases once arrested, said Erica Nelson, director of Race to Equity. African-American youth are 15 times more likely to be incarcerated in the juvenile justice system than white youth.

Differential police policies and practices, location and victims perception of who is committing the crime are all contributing factors that can lead to disparities, Nelson said.

"And having just sort of structural and institutional biases built into the system itself in terms of who the police target, how prosecutors charge, how courts rule, the result is a racially unfair and essentially inequitable system," she said. 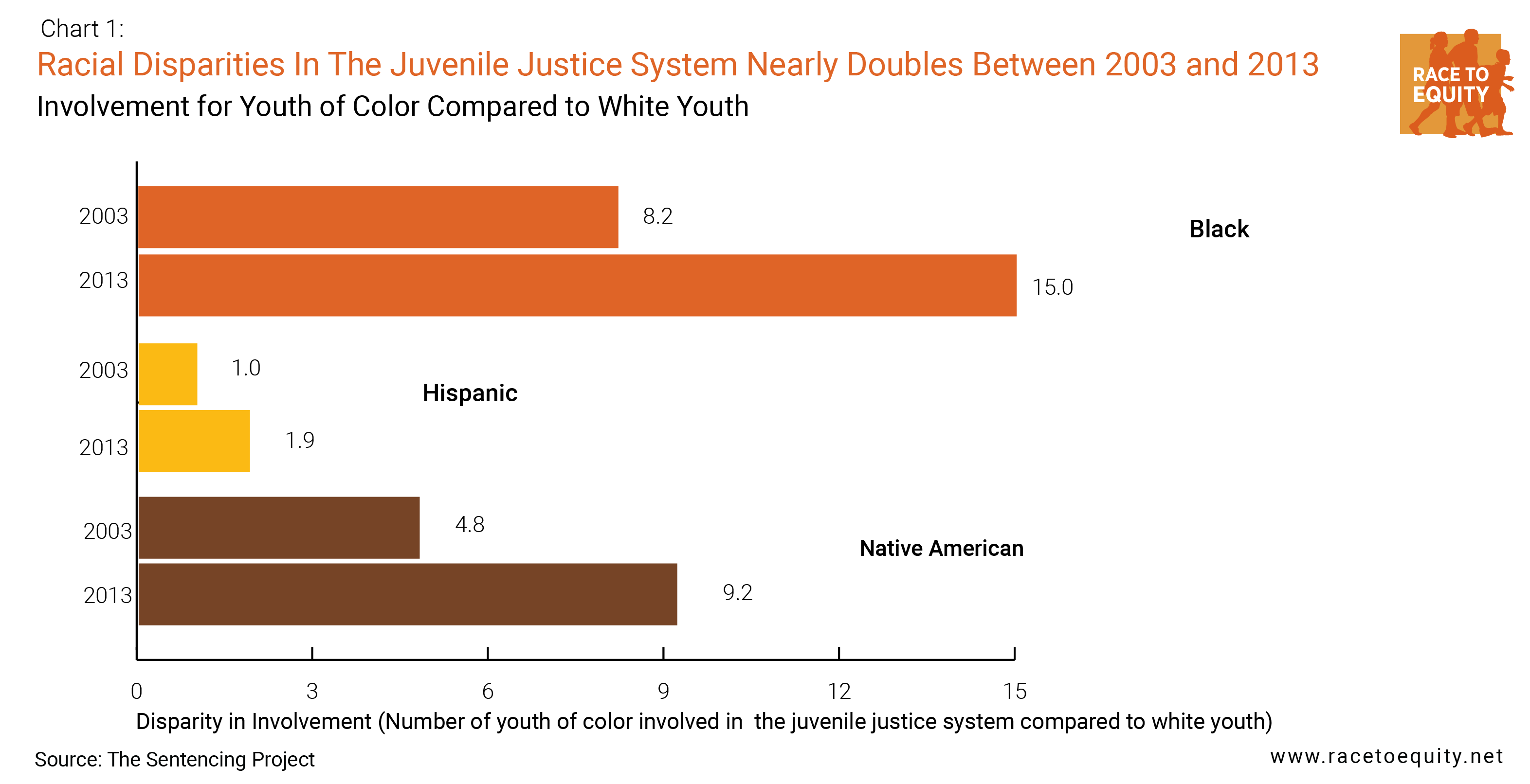 Graph courtesy of Race to Equity.

Exposure to the system is often much higher for people of color from a young age because the communities they live in are already highly policed, raising the likelihood of having more contact with police in a way most white youth don’t experience, Nelson said.

"The policies that the police may have with respect to the communities is not an explicit policy," Nelson said. "I'm sort of speaking to implicit, unconscious bias that may exist in how we police and where we police."

Disparities within the education system can also exacerbate the problem, she said. Students of color are suspended and expelled at higher rates than their white peers.

"When we look at the school to prison pipeline ... if you have disparities within an education system that disproportionately pushes youth of color out of that system ... they're more likely again to have a level of disproportionate contact with police and then subsequently involving them later on in the juvenile justice system," Nelson said.

The overall decrease in youth arrested and in the justice system is a positive, but the question now is how do we reduce the disparities within the system, she said.

"There's been a lot of work ... around restorative justice programs around more diversion from the system in terms of looking to provide more comprehensive, holistic services for youth and families," Nelson said.

Going forward, Nelson sees opportunity for more investment in mental health and trauma informed care and focusing the role of the youth justice system towards being rehabilitative, as opposed to punitive.