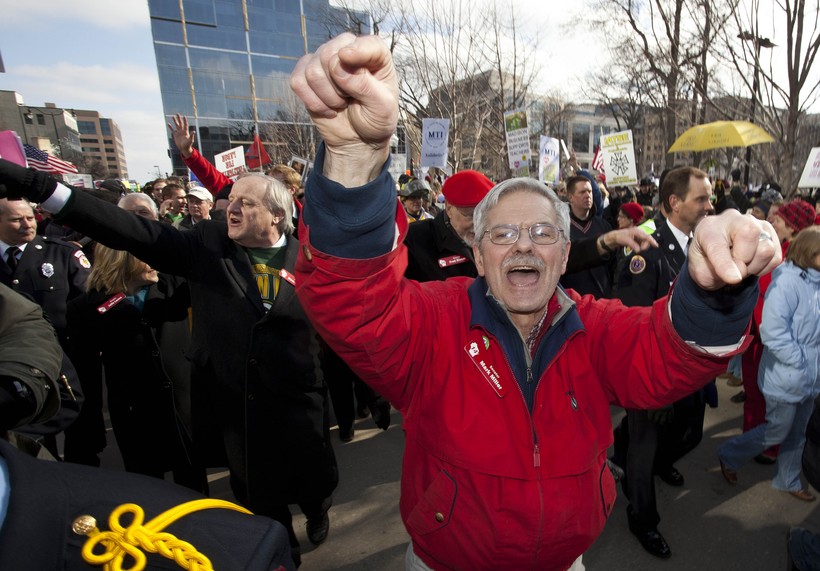 Miller Led Senate Democrats During The 2011 Battle Over Act 10
By Shawn Johnson
Share:

Another longtime Democratic state senator has announced that he won't seek re-election in November.

Wisconsin Sen. Mark Miller, D-Monona, made his announcement Tuesday morning during a speech to his colleagues from the floor of the state Senate.

He was the Senate minority leader in 2011 when Democrats fled Wisconsin to try to block a vote on then-Gov. Scott Walker's landmark collective bargaining bill that would later be known as Act 10.

Miller told his colleagues Tuesday that he was proud of his work in the Senate but disappointed with how partisan the Legislature has become. Miller said responsible governance demands building a culture of respect for the institution, the opposition party and for voters.

"Without this culture of respect and responsibility, we undermine confidence in our democratic institutions," Miller said.

Miller's decision follows a similar announcement from Sen. Dave Hansen, D-Green Bay, who said earlier this month that he would not seek re-election this year.