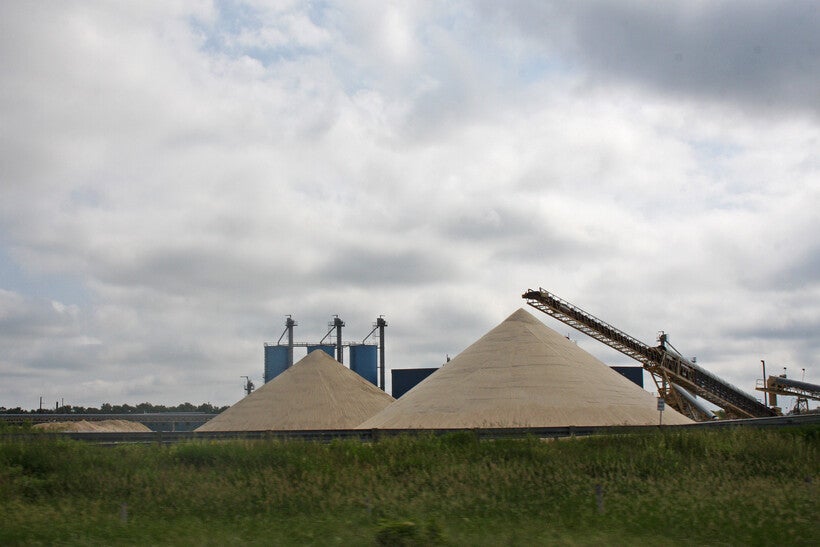 Industry experts say demand for Wisconsin frac sand increased slightly in 2021. While many of the state's mines remain idle, some oil and natural gas companies in places like Texas have turned to the Badger State's "northern white" sand to fill gaps caused by production problems at local mines.

After rapid growth between 2011 and 2015, Wisconsin's sand mining industry has faced increasing competition from sand mines popping up near the nation's busiest oilfields in Texas's Permian Basin.

As more energy companies switched to Texas sand, Wisconsin mines lost market share, with some companies choosing to pause operations or shut down completely since 2018. Then, the COVID-19 pandemic hit, driving down demand for all sand, known as proppant in the industry.

Thomas Jacob, the vice president of shale research for analytics firm Rystand Energy, said the oil and gas producers used 74 million tons of sand in 2020, down from 99 million tons in 2019.

But Jacob said oil well drilling and completions began ramping back up in 2021 and overall demand for sand reached around 93 million tons that year. While Wisconsin's northern white might not be the favorite among oil companies in Texas, Jacob said some still use it and drillers in Canada are expected to need around 6.8 tons of sand in 2022.

"So there's a significant amount of demand coming out of Canada," said Jacob. "And a lot of that increase would actually be coming in from the northern white sand mines."

Brandon Savisky, a principal research analyst with IHS Markit, said oversupply has been an issue for the United States proppant market. Savisky said this has caused mines in places like Wisconsin to pause operations, switch to supplying other industries like glassmaking and foundries or focus on other oil and gas fields.

"And they survived pretty much off of demand from the north, from Appalachia, from the Bakken and from western Canada," said Savisky.

He said around 21 millions of sand were shipped from Wisconsin in 2021.

Savisky said oil companies in Texas still use some "northern white" sand from places like Wisconsin. That increased temporarily in 2021, he said, because of production problems with mines in the south.