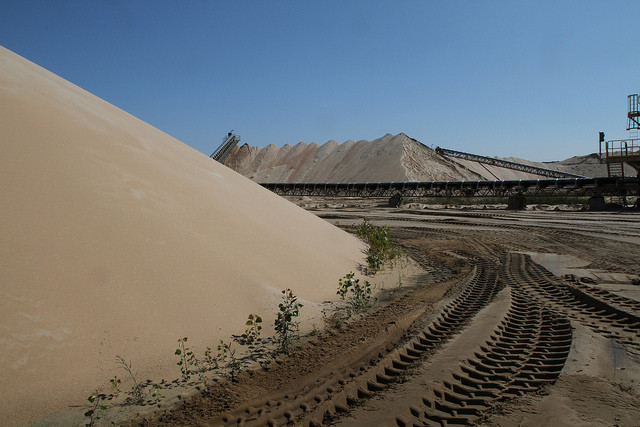 Wisconsin Frac Sand producers are expected to face increasing competition from Texas frac sand mines in 2018. But some energy producers are still willing to pay more for the Badger State's high-quality sand.

Recent reports from mining industry publications suggest as many as 23 new frac sand mines are being developed in west Texas this year. The sand boom is happening in what's called the Permian Basin, where most of the nation's oil is extracted. Samir Nangia is an oilfield services expert for analytics firm IHS. He said Texas sand is easy to mine because it's located in dunes and not locked up in sandstone deposits like in Wisconsin.

Nangia said that drives down prices which is very attractive to oil drilling companies in Texas.

"The costs are really low of producing this sand and of course they’re putting up too many mines, which basically means that they could sell that sand for as little as $30 a ton," said Nangia.

For comparison, Nangia said it costs as much as $60 a ton just to ship from Wisconsin to Texas by rail.

"These Permian mines are going to take market share away from the Midwest mines but what is also true is that they cannot take away 100 percent of the market share," said Nangia. "If I had to cap it, I would cap it at 50 percent."

Nangia said that's because many energy companies still prize Wisconsin sand for its strength, which allows them to drill deeper and keep oil wells producing longer. Also he said companies are mixing it with the cheaper Texas-sourced sand when hydraulically fracturing oil rich shale deposits.