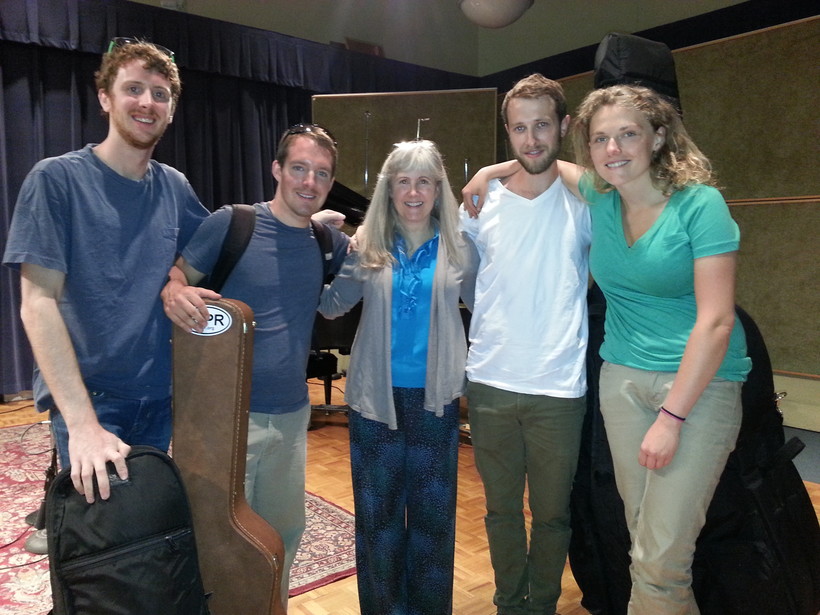 The band Dead Horses, a four-piece folk/bluegrass ensemble based in Oshkosh that's just finishing up its second album, came in for a session in WPR's Buck Studio. We shared a little conversation, and they provided a preview of five powerful new songs. There was beautiful and effortless four-part harmony on top of very strong instrumental work (featuring guitars, stand-up bass, fiddle and mandolin).