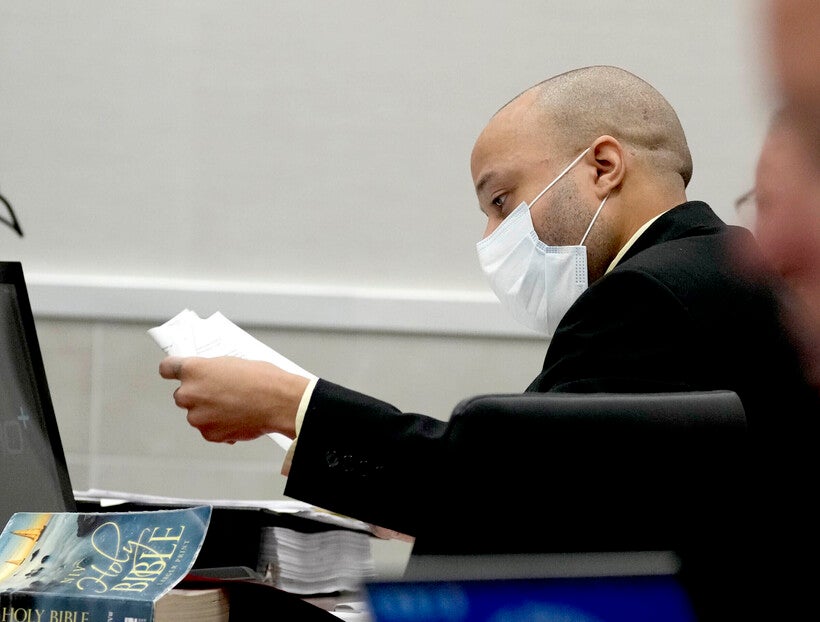 Brooks, who is representing himself in the Waukesha Christmas parade tragedy trial, begins his defense Wednesday
By Evan Casey
Share:

Two weeks after the start of the trial for the accused driver in the Waukesha Christmas parade tragedy, prosecutors are nearing the end of their case.

Attorneys with the Waukesha District Attorney's office have questioned over 30 witnesses, including police officers, parade goers, victims, family members of victims and nearby residents who encountered Darrell Brooks Jr. the day of the parade last November.

Brooks, 40, faces 76 criminal charges, including six counts of first-degree intentional homicide. He is accused of purposefully driving his car through the crowd, killing six people and injuring dozens of others.

The state will likely complete its case Wednesday morning. Brooks, who is representing himself at trial without the help of an attorney, will then be allowed to present his defense. The state was set to finish its case Monday, but that was pushed back because of several delays related to Brooks' conduct in court.

The state has shown dozens of videos of Brooks allegedly driving through the crowd, as they’ve presented their timeline to the jury. The state has attempted to take the jury through the incidents of the day — which began with a fight between Brooks' ex-girlfriend and ended with Brooks being taken into custody outside a home near the parade route.

Opening statements began Thursday, Oct. 6. They were also delayed because of several outbursts from Brooks, who was removed from the courtroom by Waukesha County Circuit Court Judge Jennifer Dorow. The state has accused Brooks of attempting to delay the trial through his actions.

Dorow ruled Brooks could act as his own lawyer after he waived his right to an attorney. She allowed his two public defenders to withdraw from the case, saying she said she believed Brooks was competent enough to stand trial.

In the last two weeks, Brooks has continued to question the jurisdiction of the court, stated he doesn’t want to be recognized by his name and claimed he’s a "sovereign citizen." He has also continued to object to the majority of questions to witnesses from the Waukesha County District Attorney’s Office.

On Monday, Waukesha resident Daniel Rider testified that Brooks entered Rider’s home just minutes after the parade incident. Rider told the jury Brooks said he was homeless and was waiting for a Lyft ride. The encounter was captured by Rider's Ring doorbell camera. It was outside his home that Brooks was arrested.

It’s not yet clear who Brooks will bring to the stand, but he has subpoenaed over 10 witnesses.

Keith Findley, a professor of law at the University of Wisconsin-Madison Law School, said the state set up the timeline of the events and established the identity of the driver. But he’s not sure what Brooks will do to present his case, as he hasn’t given his opening statement yet. His defense is set to begin with that.

"It’s really hard to anticipate what he’s going to do because I don’t have any idea of what his theory of defense is or what kind of claims he’s going to make," Findley said.

"Opening statements are not evidence, so whatever he asserts in there, he’ll have to back it up with evidence," he said.

Brooks has also repeatedly asked how the State of Wisconsin can bring a claim against him, because he said the state isn’t a person.

Findley added that the evidence is stacked up against Brooks.

"Unless he comes up with something pretty surprising and impressive, which seems like a long shot, it’s hard to imagine an outcome other than conviction at this point," Findley said.

Brooks also withdrew his not guilty by mental insanity plea earlier in the year. But Findley said he could attempt to enter that plea again.

"That would be quite unusual, but everything about this trial has been unusual," he said.