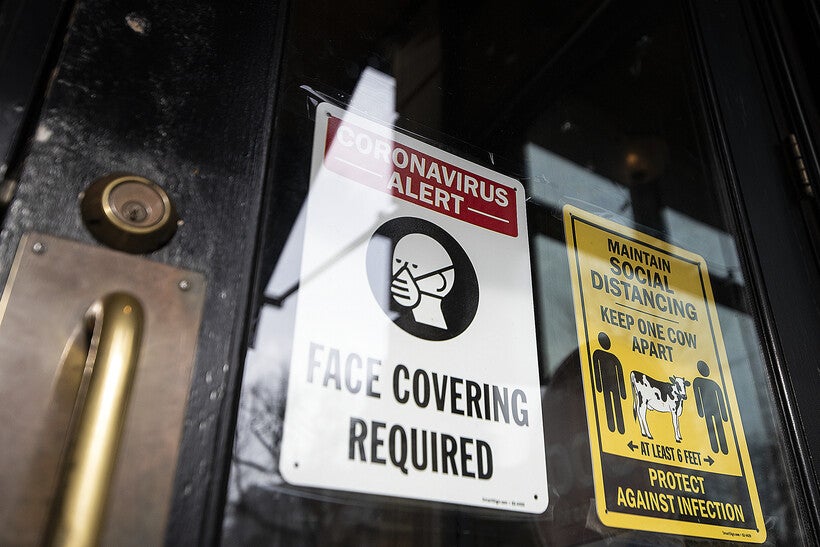 As COVID-19 cases increase, masking remains optional in most of state
By Shamane Mills
Share:

Elected officials in Dane County will hold a public hearing next month on one of the few remaining mask mandates in the state.

The discussion Thursday, Jan. 6 will center on a resolution introduced by conservative members of the Dane County Board.

In September, supervisors Jeff Weigand, Tim Rockwell and Dave Ripp put forth a proposal asking local health officials to end the indoor mask requirement until elected officials and the public could weigh in. The resolution stalled in committee. Last Monday, Weigand and Rockwell held their own informal forum in the Town of Berry in rural Dane County. Dozens of maskless residents attended the forum held at the town hall.

"These mask mandates have propagated, in Dane County, a toxic environment of fear and division. We find ourselves looking at each other askance, viewing each other not as human beings but as walking bioweapons or bad neighbors," said Kirsten Lombard, of McFarland.

During a County Board meeting Thursday, supervisors agreed to hold a formal hearing and debate, even though there was disagreement over whether it was necessary.

Supervisor Kristen Audet said the public already has plenty of ways to let the local health department know how they feel about the mask order, which has an exception for those gathering indoors if everyone is fully vaccinated.

"(Public Health Madison & Dane County) routinely has Facebook live events," Audet said. "They have email addresses. They will pick up the phone when you call them."

Audet voted against bringing the resolution up for debate in January, saying the public health department has the authority and knowledge needed to decide how to best protect community health.

Other mask supporters were in favor of County Board debate, saying it was a chance to further explain the best ways to keep COVID-19 from spreading, even if these methods are criticized.

The county’s current mask order ends Monday, Jan. 3. Health officials have not said whether it will be extended and the impact the public hearing will have is unclear.

In August, the Wisconsin Supreme Court refused to take up a challenge to Dane County’s mask mandate.