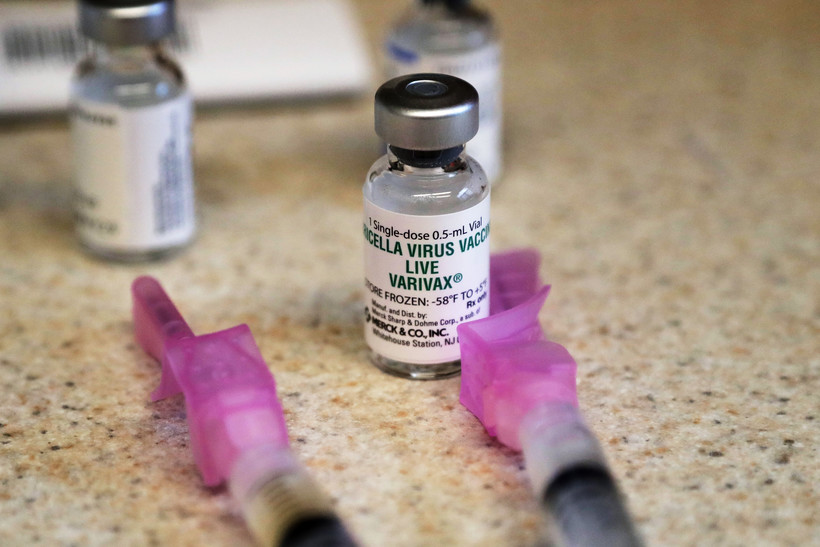 A chickenpox (also known as varicella) vaccine sits next to syringes and ready for a student at a free immunization clinic at a Seattle public school Monday, Dec. 30, 2019, in Seattle. Elaine Thompson/AP Photo

Local communities in Wisconsin continue to weigh in on ways to prevent outbreaks of measles, whooping cough and other vaccine-preventable diseases.

According to the World Health Organization, to reach herd immunity for a disease like measles, 93 to 95 percent of the population needs to have been vaccinated.

County health officials recommend that only medically-necessary waivers be granted — something that would require a change in state law.

There is a bill in the state Legislature by Assembly Minority Leader Gordon Hintz that would end the personal conviction waiver. It was introduced in May and has not had a public hearing yet.

While many health organizations have indicated support for the bill, the Chiropractic Society of Wisconsin is against removing the vaccine exemption.

And some parents don’t want the law changed either.

Tara Czachor told WPR in November that a group she founded, Wisconsin United for Freedom, believes it's up to the individual not the state to decide.

"For us, the issue is not so much about vaccines but rather about personal and parental choice," said Czachor.

Communities around the state have written resolutions in support of Hintz’ bill to eliminate the vaccine exemption. Dane County’s recommendations go beyond that, stating that if there is an outbreak, unvaccinated children should be excluded from school and other extra-curricular activities like sports.