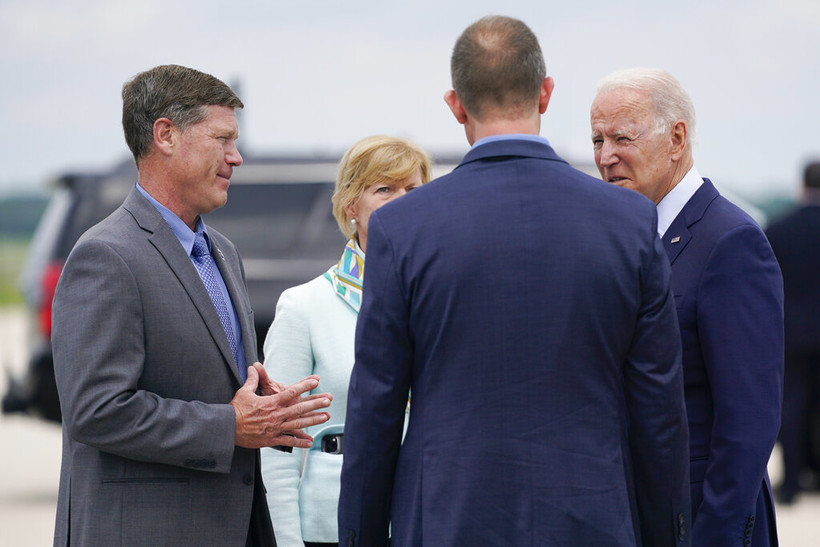 Retiring Rep. Ron Kind Represents One Of The Few Swing Districts Left In The Country
By Rob Mentzer
Share:

The retirement of Rep. Ron Kind will make it harder for Democrats to hold the congressional seat he's represented for more than two decades — and for the Democratic Party to retain a majority in Congress.

Kind announced Tuesday he will not seek reelection in 2022. He was first elected in the 3rd Congressional District in 1996, but faced a tough reelection campaign against a well-funded GOP challenger.

"With Kind out of the picture, Republicans have a really good shot at winning that seat and having a bigger majority in (Wisconsin's) congressional delegation," said Barry Burden, a political science professor at the University of Wisconsin-Madison.

Kind kept getting reelected even as the rural, southwestern Wisconsin district grew more conservative. In part because he was a moderate who campaigned on his connection to rural Wisconsin. But political scientists say it also reflects a natural advantage incumbents hold. It may be difficult for a less-well-known Democratic candidate to win in 2022.

By contrast, Republican Derrick Van Orden, who challenged Kind in 2020, has not stopped campaigning, officially launching his 2022 bid in April. On Tuesday, Republican politicians across the state and the state GOP's social media greeted the news of Kind's retirement with words of congratulation for Van Orden.

Van Orden "doesn't have to reconvince everyone who voted for him last time," said Brian Westrate, an Eau Claire Republican who is a former chair of the 3rd District Republican Party of Wisconsin. "He just needs to convince a relatively small percentage of new voters to vote for him."

And the race will have national implications.

Democrats hold just a five-seat majority in the U.S. House of Representatives. Historically, the party that holds the White House has lost House seats in 37 of the 40 midterms since the Civil War. That doesn't mean Democrats can’t hold Wisconsin's 3rd Congressional District or their House majority, said Kyle Kondik, managing editor of Sabato’s Crystal Ball. But it means they likely face an uphill battle. And the coming fight over redistricting only adds uncertainty.

"We don't know what those districts are necessarily going to look like in redistricting," Kondik said, "but I think Democrats would feel better if they had proven incumbents in those seats."

The tight margin in Congress also ensures the race will get a national spotlight.

"I think it's probably going to be the most targeted congressional race — maybe even in the country," Westrate said.

The 2022 race will also not be the first time that redistricting — the once-a-decade process of redrawing the boundaries of voting districts based on population changes — will affect the 3rd Congressional District.

The district became more Democratic in 2011 redistricting with the addition of Democratic-leaning cities Stevens Point, Wisconsin Rapids and Chippewa Falls. At the time, the political consensus was that the newly drawn congressional districts had been designed to help Republican candidate Sean Duffy win in the neighboring 7th Congressional District. But it also had the effect of making the 3rd District safer for Kind's reelections.

"(Kind's) district was probably the only one where Republicans gave Democrats something 10 years ago when they drew those maps," said  Burden said.

In the decade since, though, the voting habits of rural Wisconsin shifted dramatically. The 7th Congressional District, which encompasses the Northwoods, has become one of the state's most Republican-voting districts. And Kind's district has become a swing district — voting for Republican Donald Trump for president in 2016, for Democrat Tammy Baldwin for U.S. Senate in 2018, and again for Trump in 2020.

Kondik said it's much too early to predict with any certainty which way voters will swing next year.

"If the Democrats get a good candidate, and they don’t have a bad (political) environment to run in, if the district remains somewhat similar or maybe (gets) a little bit less Republican," then the race could tip in Democrats' favor, he said. "I don't think it's a total write-off for Democrats. But they'd be better off if Ron Kind were running again."