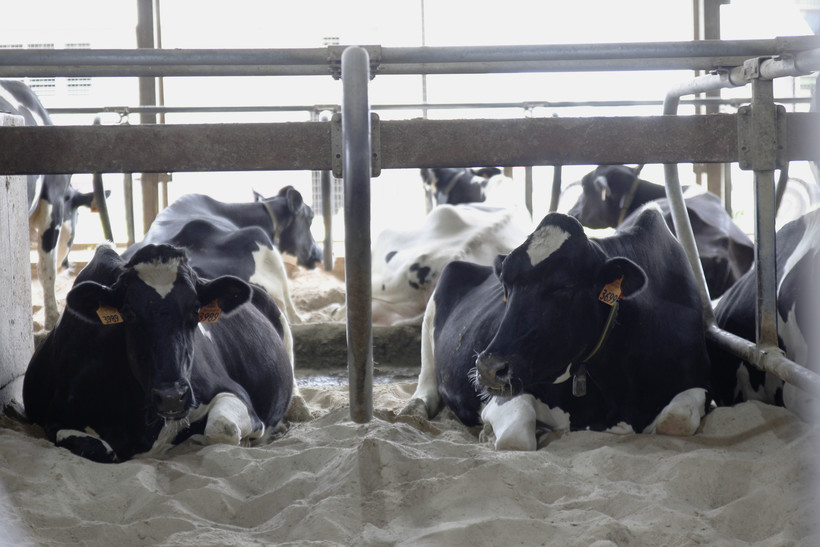 The number of dairy cows sent to slaughter in the United States was slightly higher in 2017, according to the latest report from the U.S. Department of Agriculture. From January to November last year, about 4 percent more dairy cows were slaughtered than in 2016.

Farmers decide to cull a cow, or send it to slaughter, when it's no longer profitable to continue milking. After several years of low milk prices, many farmers in Wisconsin say they’re evaluating their herds.

"Farmers are starting to feel the pinch a little bit and trying to make ends meet," said Katy Schultz, a dairy producer near Fox Lake. "Sometimes culling those tail-end cows that you thought maybe you could hold over for a while might mean the difference between making a payment that month and not."

But Mark Stephenson, director of dairy policy analysis at the University of Wisconsin-Madison, said the up-tick in slaughter numbers doesn't mean herds are growing smaller.

"If we see cow slaughter numbers being up a little bit, I don't think you can necessarily read anything into that because we've got plenty of animals to replace them," Stephenson said.

Advances in breeding technology mean the number of replacement heifers continue to grow, Stephenson said. That makes it easier for farmers to swap less-productive cows.

While replacing a cow is an extra expense, Schultz said replacement heifers often have fewer health issues and better genetics for the future of the herd.

"At least on our farm, we find that we would rather have a young fresh heifer than try to hold over an OK cow," Schultz said.

Higher slaughter numbers are likely to continue in 2018, according to dairy analyst Stephenson.