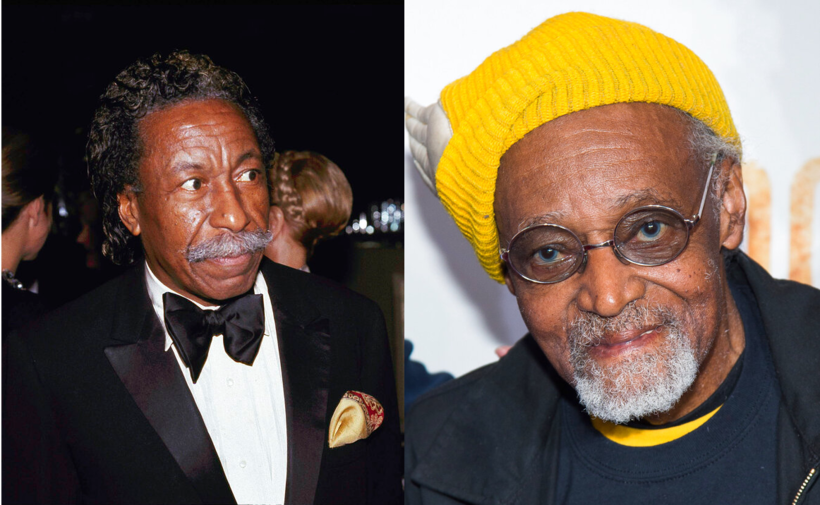 In an age when Hollywood's studio system placed severe limits on who controlled what happened on and off camera, two Black filmmakers — Gordon Parks and Melvin Van Peebles — broke down the creative and racial barriers and begat a new vision of filmmaking's future. Their seminal movies of the 1970s made them founding fathers of the independent film movement.

Ian Haydn Smith, the author of "Cult Filmmakers: 50 Movie Mavericks You Need to Know," says that Parks and Van Peebles overcame a lot to see their ideas presented on movie screens.

Haydn Smith said that Parks achieved much in the field of photography even before he began his filmmaking career. Parks' work is testament to his stature as one of the great visual artists of the century.

"Gordon Parks is one of the 20th century photography greats," Haydn Smith said on WPR's "BETA."

Parks was born to a poor family in Fort Scott, Kansas in 1922. In 1942, he joined the Farm Security Administration, which would propel his photographic work.

"This is the organization that wanted to document the truly damaging impact not just of the (Great) Depression, but also the dust storms that plagued a lot of rural America in the early 1930s," Haydn Smith said. "And along with other great photographers, such as Walker Evans and the wonderful Dorothea Lange, Gordon Parks went out into this world to document life."

Photographer and filmmaker Gordon Parks at The March on Washington in 1963. National Archives (CC BY)

Parks focused his camera and attention on the African American experience.

"There's this really, really great Dee Rees film that was produced by Netflix a couple of years ago called 'Mudbound,'" Haydn Smith said. "And it stars Carey Mulligan. It's about two families — one white, one Black. Both of them are in a pitiful state in the postwar period. This is looking at the '40s and '50s in America."

"But as bad as the situation for the white farmers was, it was always so much worse for the African American farmers," he said. "And Gordon Parks photos, he never loses a sense of humanity. There's a formal beauty to his work, and he really is a truly extraordinary photographer. But it's the emotion and the level of empathy that he brings to his subjects that makes him a true great."

Eventually, Parks' interests shifted toward filmmaking. He was involved in various Hollywood productions in the '50s, '60s and '70s. In 1971, Parks directed his best known film: "Shaft."

"And that was one of the two films that really launched the blaxploitation genre as it's now known, which were films that placed front and center Black characters," Haydn Smith explained. "Not always positive representations of Black characters, but certainly trying, as Oscar Micheaux had done many years before, trying to offer a different representation of African American life."

The film, about a Black private detective navigating a gritty city rife with vice, holds a special place in popular culture even though some aspects of the movie might be viewed as dated or ill-conceived by modern audiences.

"Probably today, it occasionally looks a little bit creaky as a piece of filmmaking. But I think the reason it has lasted is really (singer-songwriter) Isaac Hayes' score and the theme song. It's just stunning," Haydn Smith said.

While "Shaft" might be Parks' best known film, Smith urges those who are curious to look elsewhere in his filmography for great examples of what he brings to cinema.

"I would argue that if you're going to look at Gordon Parks as a filmmaker, I think 'The Learning Tree' is definitely worth looking at. He made a film about the blues singer Leadbelly in 1976 called 'Leadbelly' and I think they're really, really great films," he said.

Haydn Smith said Parks wasn't the only Black filmmaker who blazed a trail in cinema during those years.

"To look at Gordon Parks at this moment in time in the 1970s, and particularly in terms of ... blaxploitation, you've also got to look at Melvin Van Peebles," he said. "This is another great renaissance man of African American culture writer/musician as Gordon Parks also was. He was inspired by the New Wave because he went over and lived in Paris for a while. And it was while he was there that he wrote a novel ("La Permission") which then became his first film, 'The Story of a Three-Day Pass.'" 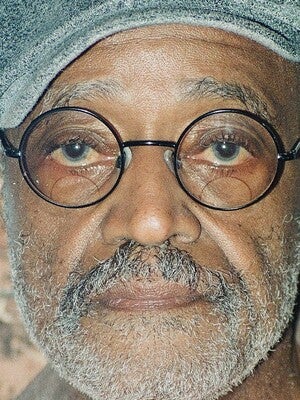 Smith said the film got Van Peebles noticed in the film industry.

"That got the attention of Hollywood, even though he couldn't get Hollywood's attention when he was actually based in Hollywood," Haydn Smith said. "He was invited to go over and make a film, which he did in 1970. He made 'Watermelon Man,' which is about white guy who one day wakes up and realizes he's Black. He realizes the inequalities of society through that experience."

"It was in 1971 when he directed 'Sweet Sweetback's Baadasssss Song' that he really, really became incredibly well-known," Haydn Smith said.

The movie, which documents a Black man's odyssey through Southern California as he eludes police after being wrongly accused of a crime, was controversial then and remains so today. That said, the film's release was a noteworthy achievement unto itself.

"I think politically, the thing about 'Sweet Sweetback' is that it was an entirely independent film," Haydn Smith said. "It wasn't financed by Hollywood. There was no compromise whatsoever. It was about a Black man rebelling against racism and against white America in the late '60s, early '70s. And it is really, full-on, it's incredibly uncompromising. It's got an amazing score by Earth, Wind & Fire."

Smith said the movie's content is still the subject of debate.

Underlining the film's importance and Van Peebles' influence on subsequent generations of filmmakers, his son latter gained fame as an actor and director.

"And Melvin Van Peebles' son, Mario Van Peebles, who would go on himself to become an actor and also a director, probably most famous with 'New Jack City' in the early 1990s," Haydn Smith said.

That influence would lead the son to honor his father on celluloid.

"He would actually make a film in 2003 called 'Baadasssss!' in which he plays his father making 'Sweet Sweetback's Baadassss Song,'" Smith said.

According to Haydn Smith, Parks and Van Peebles set a standard by proving that a Black director can create a movie that reaches people. Their films also served as a wake-up call for Hollywood, demonstrating that film studios weren't making movies for the very large audience of African American filmgoers.

Haydn Smith said they presaged a shift that happened in the mid-1980s with Spike Lee's feature debut, "She's Gotta Have It," and then followed by the release of his second, landmark film, "Do the Right Thing," and followed later still by John Singleton's "Boyz n the Hood."

The writer said these breakthroughs will only begat more change, leading to new voices and ideas long overlooked in mainstream cinema.

"What I think would be really amazing over the course of the next decade or two is that a net is going to get wider and we're going to see so many more interesting directors from so many different backgrounds coming and working in cult cinema, but, hopefully, also working at the heart of mainstream cinema," he said.