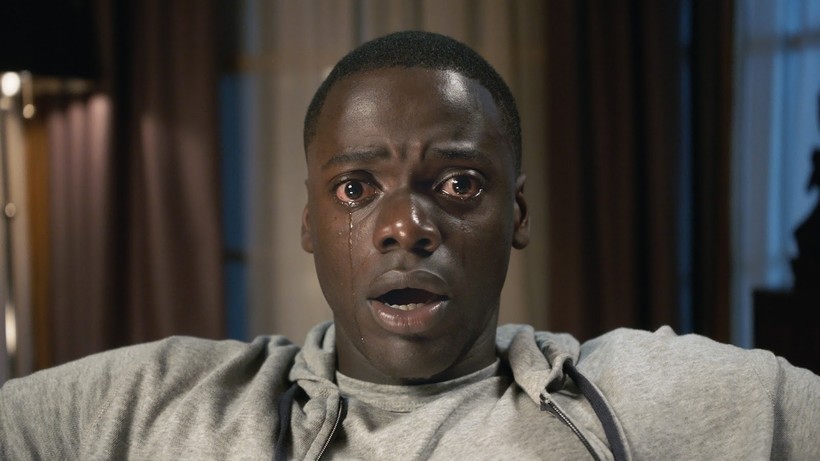 Professor Looks At How Race Factors In Horror-Film Cinema
By Doug Gordon
Share:

One of the best films of this past year was "Get Out," a movie written and directed by Jordan Peele, that stood out as a scary movie that tackled racism in a very provocative way.

University of Michigan Professor Robin Means Coleman. who is the author of "Horror Noire: Blacks in American Horror Films from the 1890s to Present," said that these films often mask deeper examinations of race relationships in society.

Coleman: "Night of the Living Dead," one of my favorite movies, is incredible on two fronts. The first is that Romero introduces this character, a black character named Ben. Up until this point, there had been a history in horror films where blacks were really mistreated. The blacks in horror films followed the kind of D.W. Griffith stereotyping where they were depicted as deficient and deviant.

Romero doesn't do that.

In fact, Ben is smart, he's resourceful. He is, in some ways, quite the intellectual. And what we see is Ben trapped in this remote cabin surrounded by the undead who are really trying to get them and eat them. And Ben is navigating both the horrors on the outside of this cabin, but also what is sort of horrific on the inside of the cabin, which is negotiating complex race and gender relationships.

Gordon: And we should point out that, unlike in "The Birth of a Nation," Ben is played by a black actor, a gentleman by the name of Duane Jones. The ending of "Night of the Living Dead" is very powerful. Can you talk a bit about that?

Coleman: Ben emerges, he survives the night, and he’s the sole survivor of this horrific kind of zombie holocaust. And he survives all of the turmoil that's happening inside the cabin. And he emerges and the sun is rising and he's victorious. And then he's killed. He's not killed by zombies, he's killed by the police. He's killed by sheriffs. And in the case of "Night of the Living Dead," these were real officers who were cast in the film.

So, he's killed by Pennsylvania state troopers who then do something far worse, if you can imagine that. Which is to essentially burn him, burn him on a pyre. And we've seen the kinds of horrific images of slaves being burned and being burned alive. And so it evokes all of those memories. And it was just such a blow and it was real.

Gordon: And the officers in the narrative of the film, we’re led to believe that the police officers who shot Ben mistook him for a zombie. Or are we?

Coleman: Exactly. And that’s what I love about the openness of the text. Perhaps.

And I think Romero leaves that sufficiently open that perhaps they think that he’s a zombie and at the same time, perhaps in the back of our minds, we're supposed to think that well, police officers are fairly used to shooting first and figuring out what’s happening later. And especially black men.

Gordon: And that’s especially relevant these days, unfortunately. During the credits, we see this series of still images of the handling of Ben's body, they use hooks to take him over to a fire and burn him.  You say that those still images over the end credits look like they could be the weathered photos of Emmett Till.

Coleman: Lynching imagery for sure.

Gordon: Let’s fast-forward to February 2017 and the release of Jordan Peele's "Get Out." Can you give us a brief outline of the film’s plot without, of course, revealing too many spoilers?

Coleman: So "Get Out" focuses on a black male character, Chris Washington, and his girlfriend who is white, Rose Armitage. They're taking a road trip from Brooklyn, an urban space, a very diverse space. And they're going to visit Rose's family, the Armitages, who are in a really quite white suburban space. And so this is going to be a movie about how Chris navigates this predominantly white space.

At least, that's what we think it's going to be about. Because when Chris arrives, he realizes that this is a family who is deeply involved in medicine. And ultimately, he comes to realize that they're involved in medical experimentation.

And so Chris is now fighting for his life in this movie.

Coleman: White and black audiences alike, I think, really liked this film, if box office numbers are any indication. But the other thing that "Get Out" does is that it,   in some ways, it picks up where George Romero left off and demands that we all pay attention to our social, our political, our cultural contexts. And so "Get Out" demands that we pay attention to race relationships, it demands that we pay attention to issues such as redlining and white flight and the creation of so-called "whitetopias," to use Rich Benjamin's language. So, it's asking us to say how far have we really come in understanding the commonalities and also the unique cultural difference between blacks and whites.