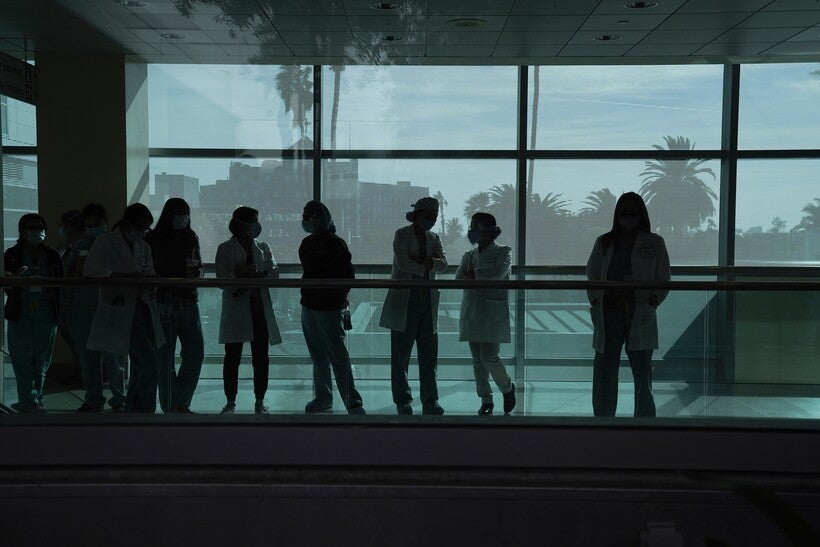 Wisconsin's top health official says nearly 200 health care workers in the state had been vaccinated for COVID-19 as of Wednesday afternoon.

Wisconsin’s case numbers spiked in mid-November and have been declining since. And while the numbers are trending in the right direction, and the vaccine is slowly being given to health care workers, Palm stressed that people still need to wear masks, keep a distance, frequently wash hands and avoid gatherings.

New reports of COVID-19 cases are on the decline in Wisconsin, based on the latest data published by DHS.

DHS reported 2,402 new cases of the disease Wednesday, bringing the average for the past seven days to 3,247 daily cases. One week ago, the average was 3,853 daily cases.

There were 74 new deaths from COVID-19 reported Wednesday. On Wednesday, 6,849 tested negative.

Of the people who tested for COVID-19 over the past week, 27.5 percent were positive for the disease, according to DHS. That rate has been on the decline.

The positivity rate is often read by public health officials as a measure of overall testing levels. A high rate could indicate testing in the state is limited, and skewed toward those already flagged as potentially having COVID-19. A lower rate could indicate testing is more widespread. Changes in the test positivity rate can also speak to COVID-19's spread, if the size and makeup of the testing pool stays consistent.

On Sept. 30, DHS also introduced an alternative positivity rate, one that measures the percentage of tests that are positive, instead of the percentage of people who get a positive result. The new metric takes into account people who have been tested multiple times. The seven-day average for that number is at 10.7 percent.

According to the Wisconsin Hospital Association, there were 1,461 COVID-19 patients hospitalized as of Tuesday. A total of 19,656 people have been hospitalized because of the disease, or 4.4 percent of all positive cases.

The latest figures bring the overall total of positive cases in Wisconsin to 444,798, according to DHS. A total of 4,196 people in Wisconsin have died from COVID-19.

Wisconsin's daily testing capacity — based on the availability of test supplies and adequate staffing — has grown from 120 available lab tests in early March to 59,735 as of Wednesday. The number of actual people with new test results reported Wednesday was 9,251.