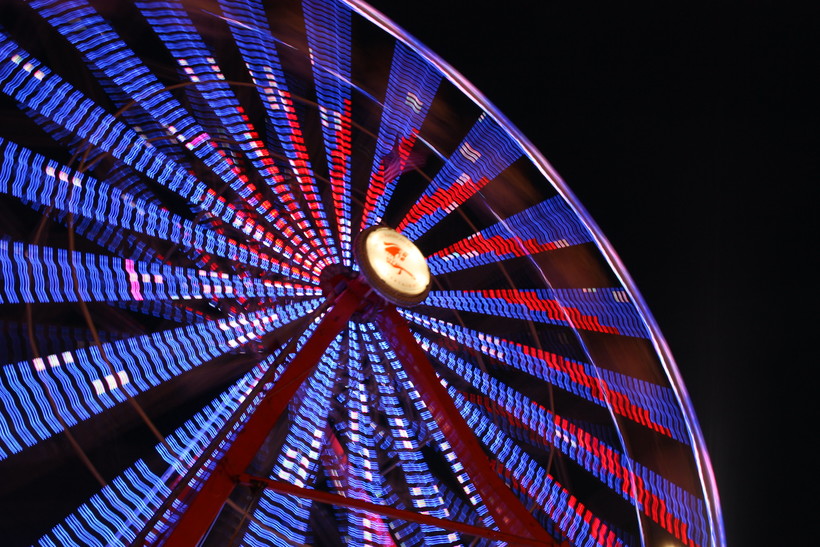 County Fairs Canceled Across Wisconsin Due To COVID-19

The announcement Thursday that the Wisconsin State Fair was canceled amid the ongoing COVID-19 pandemic highlights the same dilemma confronting smaller county fairs and annual gatherings throughout the rest of the state. In many cases, those events are also being called off or shifted online.

"Our budget is around $16,000 that we get from the county, which is about enough to pay for some port-a-potties and a couple of acts and that's about it," he said. "So we rely heavily, really heavily on local sponsorship. It wouldn't be right of us to go around asking for sponsorships from businesses that are going to be spending the rest of the year just trying to recoup from having been shut down for so long."

Jayme Buttke, of the Wisconsin Association of Fairs, said 12 of the association's 75 fair members have canceled fairs so far this year. But she said many fairs are still considering their options.

"I would think you're going to see a great number of them making their decision in the next two weeks," Buttke said.

She said local officials are evaluating public health risks, but also their liability if someone becomes infected, plus the added costs that come with new safety precautions.

"There's so many different, working puzzle pieces to make it happen. And it is a business and financially, you have to take it into consideration," Buttke said.

Buttke said the decision of the State Fair's board of directors might be the final push for some counties already considering canceling, but she doesn't expect it to cause a chain reaction of local cancelations.

John Zander, president of the Trempealeau County Fair Board, said organizers there decided to cancel this year's event after talking with the county health department, sheriff's office, county board members and local food vendors.

"I and the rest of the board, I hope, examined the facts that we had at that time. And the facts pointed out that this was probably not a safe thing to do for both the exhibitors and for the residents of Trempealeau County," Zander said.

He said the county is exploring ways to hold a virtual dairy show and livestock auction, but most exhibitors will have to wait until 2021 to show their projects.

Zander said he recognizes people are disappointed to not have the social activity that comes with this annual event.

"Lots of people gather at the fair that may not see each other throughout the rest of the year really in several ways. So, it's a chance for people to reunite to a certain extent. It's a chance for mom and dad to relive their younger days as a fair exhibitor through their children,” Zander said.

Barnett said Oneida County is planning to continue some fair traditions online this year. They'll be moving the fair's "Sexiest Men's Legs In a Kilt" contest to their Facebook page and letting community members vote for a winner

"It's little things like that that we're trying to do virtually throughout the whole summer," Barnett said. "That way people can still feel like they're getting some kind of the experience without actually being there."