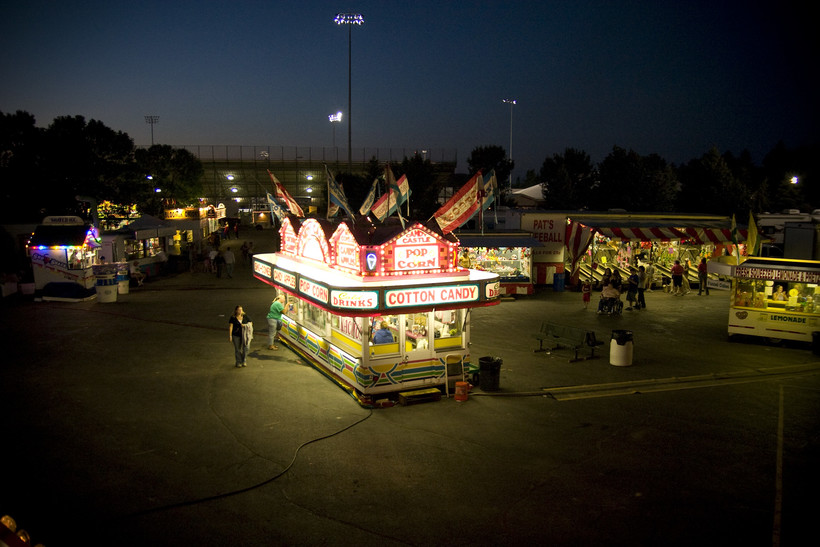 Before the Trempealeau County Fair was canceled, 4-H member Mara Quarne had planned to show several of her animals at the fair, including a heifer and a few sheep.

"I have three pigs too, that are now sitting in my barn eating marshmallows all day," Quarne said.

Thousands of children won’t be able to exhibit their 4-H projects at county fairs or the Wisconsin State Fair this summer due to concerns about COVID-19.

Quarne, who just graduated from high school, said it’s another experience she’ll miss this summer, along with things like "(drinking) milkshakes and just hanging with friends."

"It’s just kind of a celebration of all of the achievements that you’ve gotten," Quarne said.

Like most youth programs, events for 4-H — a network of youth development programs known for their focus on science, agriculture and civic engagement — have been canceled or moved online since the pandemic hit Wisconsin.

"Virtual doesn’t replace personal," Fleary-Simmons said. "It didn’t for school or any of the other things that are meaningful in a young person’s life. But what we can do is make sure they have opportunities to engage with their families. So there are some creative activities in boxes and lesson plans that they can do in their own households where safety isn't a factor."

Fleary-Simmons said she knows many participants are disappointed that they won't be able to continue in-person events like the tradition of exhibiting projects at county fairs this year. But she said having events online has helped the program reach a new audience and respond to current events.

Fleary-Simmons said they recently held a Zoom call for high school students to talk about recent protests against racism and police violence.

"Young people can actually get on and talk about how they're feeling and what they think needs to change, if anything, and how they can go about making that change," Fleary-Simmons said.

She said some 4-Hers have also responded to the pandemic, making face masks at home and providing entertainment through video chat to local nursing homes.

But some county 4-H educators say connecting online isn’t possible for all participants and volunteers. Andrea Rippley, 4-H program coordinator for Trempealeau and Jackson counties, said much of her region lacks reliable internet and cell service.

"I would admit that both (county) programs are kind of on mute right now because I've had a lot of trouble just getting youth and volunteers to engage online," Rippley said. "I’m at the point where I’m like ‘I need to do something in person’ because I can’t keep dragging people along and I need to come down to where they are."

Rippley said she has been able to ship materials for some activities to children at home. And she’s preparing to start some in-person programming again, with limited group sizes and added safety precautions.

Rippley said many families in her area have longstanding ties to 4-H and will continue to participate. But she worries about anyone new to the program.

"If you’re a new family and you just joined, it's kind of hard to see what we do and how we do it when we’re not doing anything," Rippley said. "I’m hoping in the end there are no negative effects, but I think in some ways we’ll probably see a drop in enrollment next year."

Rippley said Jackson County still hopes to allow youth to exhibit at their fair, despite canceling other parts of the event. Trempealeau County’s livestock committee is also working to host a virtual show, where youth can send in video of them showing their animals from home.

Quarne said she’s interested in participating in the virtual show, and she appreciates the county trying to find an alternative.

Quarne is hopeful the distance has also brought 4-H clubs closer together.

"We’ve had our Zoom meetings and it's like time to talk and catch up instead of just straight to the facts. I think it's just brought us closer together and reminded us how much we take advantage of that social aspect," Quarne said.