After four years of upheaval in the University of Wisconsin-Whitewater's administration office, faculty and student leaders are hoping their newest chancellor pick will bring a new sense of stability to campus.

On Thursday, the UW System Board of Regents unanimously approved the appointment of Dr. Corey King as the next UW-Whitewater chancellor. 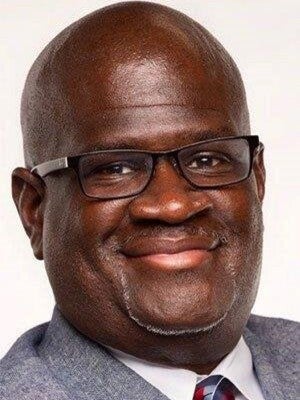 UW-Green Bay Vice Chancellor for Inclusivity and Student Affairs, Corey King, has been named the next chancellor of UW-Whitewater. Photo courtesy of UW System Administration

King has served as UW-Green Bay's Vice Chancellor for Inclusivity and Student Affairs since 2020 and held prior leadership roles at universities in Florida, North Carolina and West Virginia. King earned a bachelors degree in secondary education curriculum and instruction, a a master’s degree in higher education administration from Florida State University, and a doctorate in educational administration and leadership from Indiana University of Pennsylvania.

He will begin his tenure as UW-Whitewater's 18th chancellor March 1. His starting salary will be $265,000.

Since 2018, four chancellors have cycled through UW-Whitewater. That year, former chancellor Beverly Kopper resigned after her husband was banned from campus by former UW System President Ray Cross amid a sexual harassment investigation.

In 2019, Dwight Watson was appointed as chancellor at the campus of more than 10,000 students. He resigned in 2021 following a cancer diagnosis.

Henderson abruptly resigned in April of last year after objecting to an ongoing free speech survey of students at state universities. Henderson told Wisconsin Public Radio at the time that he wouldn't encourage anyone to apply for a chancellorship at UW school because of a lack of support from UW System leaders.

After Henderson's departure, UW-Whitewater Provost John Chenowet was appointed interim chancellor. He was among five finalists in the most recent chancellor search.

UW-Whitwater Faculty Senate Chair Tracy Hawkins said she's grateful for the leadership of Chenoweth and Henderson, and she looks forward to having Corey King lead the university moving forward.

"So, when he was on campus, he was really inspiring and motivating and had, I think, great connections with students, faculty, staff, governance leaders," Hawkins said.

Hawkins said having so much transition in the chancellor's office over the past four years has been challenging for the university.

"It's hard to build a lot of momentum when things are changing so frequently," Hawkins said. "And also, there tends to be a little bit of ripple effects."

For example, Hawkins said, while Chenoweth was interim chancellor, one of the college deans was serving as interim provost.

"I think continuity brings a sense of stability and gives people the ability to sort of plan on a grander scale in a longer term way," said Hawkins. "That's helpful."

UW-Whitewater Student Body President Will Hinz said King had great interactions with students during his visit to campus as a finalist in the search.

Hinz said while many students weren't affected by the shake-ups in the chancellor's office, they will benefit from more stable continuity.

"It really is just a great opportunity for them to just see what this institution can do as a whole with having more of a unified direction," Hinz said.