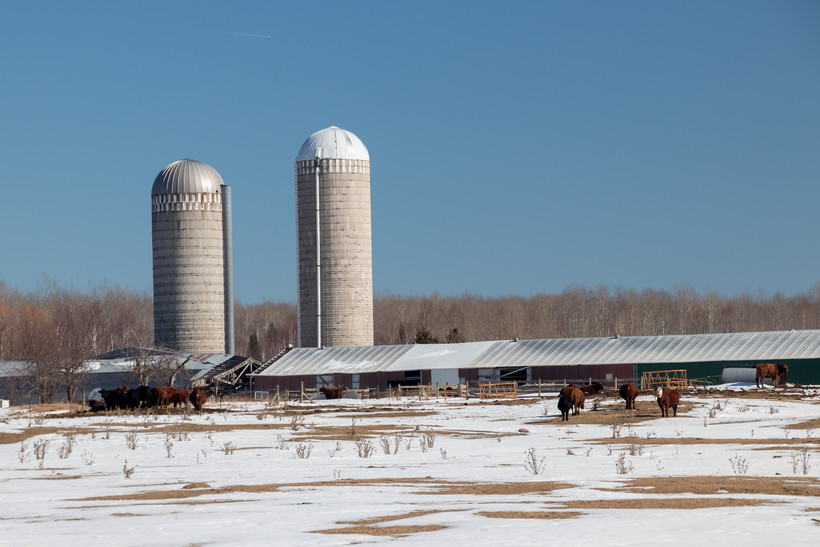 A buildup of snow this winter is starting to damage some farm buildings across Wisconsin.

Brian Holmes, a retired agricultural engineer for University of Wisconsin-Extension, said there's a simple reason why farm buildings are more likely to be damaged by snow piling up on the roof: They're exempt from state building codes.

Holmes said farm buildings tend to be older and house moist environments thanks to livestock. Those two factors can also compromise the strength of a structure.

Lauren Langworthy, of Blue Ox Farm in Wheeler, said she has been working to clear the roofs on her farm's buildings after repeated snowstorms.

But a heavy snowfall last week was too much for her high tunnel, a greenhouse-like structure made of a metal frame and heavy plastic.

"The whole frame buckled and bent completely, it's pretty flat actually. So, we won't be able to use most of the components of the high tunnel to build a new one," Langworthy said.

She said she is hoping her insurance will cover some of the damage. She said the high tunnel costs $7,000, not including the labor and extra equipment needed to construct it.

Langworthy said her farm isn't the only one suffering from repeated snowfalls.

"I've just been hearing anecdotally from folks their pole sheds are buckling and there have been a lot of high tunnels collapses," Langworthy said. "It does add a lot of extra effort when it all comes so heavy and so quickly."

With snow in the forecast again this week, producers like Langworthy could face more snow management this winter.

Holmes said winter weather is more likely to cause damage closer to spring, when snow tends to be wetter and heavier.