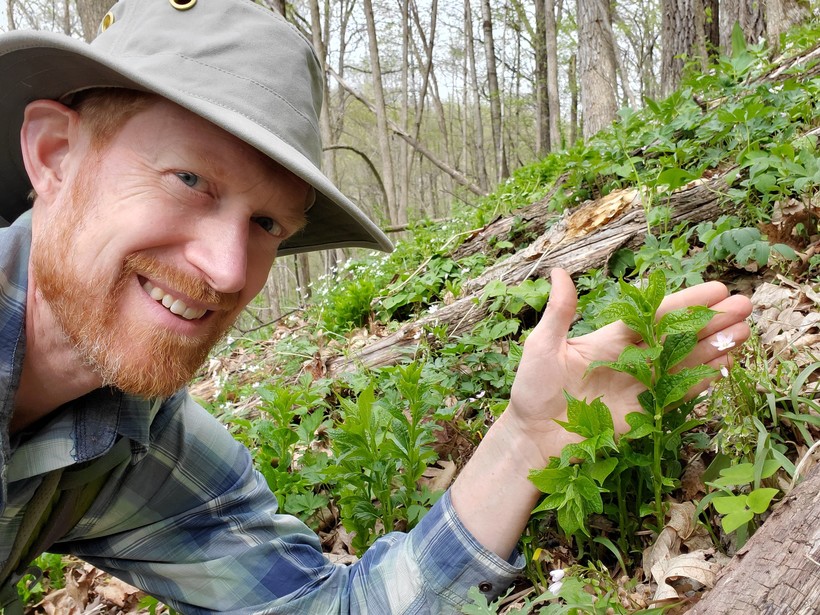 The Green Violet Hadn't Been Seen In The State Since 1958
By Elizabeth Dohms-Harter
Share:

When conservation biologist Ryan O'Connor first spotted a patch of green violet in a state natural area in west-central Wisconsin, his excitement was palpable.

"My heart skipped a beat a little bit," said O'Connor, who works for the state Department of Natural Resources. "It was because I was familiar with it. But I also knew it hadn't been seen in an exceptionally long time."

The green violet, a woodland wildflower whose petals, sepals and other parts of the plant are the same color, hadn't been seen in the state since 1958 in Grant County. Heavy grazing there from cattle going into the woods stressed the green violet enough that it was extirpated, or became locally extinct, from the landscape.

The green violet is native to the eastern U.S. and Wisconsin is the far northern point of its range. It stands about 8 to 12 inches tall and its flowers hang underneath the leaves instead of resting above them, which is common in other violet species. 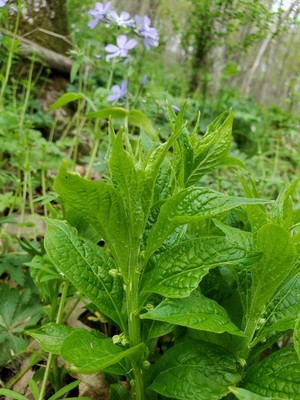 Green violets are monochromatic and their flowers hang beneath their leaves. Photo courtesy of Ryan O’Connor, Wisconsin DNR

The plant requires limestone soil in mesic forests to grow, and logging, grazing and weed invasions have left fewer of these sites available. It's exact location in west-central Wisconsin isn't being disclosed as a means to protect the plant from human traffic and collection.

O'Connor found the plant in May while surveying the site for rare species, which is part of his job. He was searching in a state natural area, which are public lands owned by a multitude of partners for the purpose of preservation.

"As I was doing our survey, looking for other rare species, I looked up and saw this plant that I knew was different," he said.

Because Grant County was the only place where the violet had been documented in the past, scientists presumed there were none left in the state.

But this discovery, O'Connor said, is a reminder that just like rare native species, there are also still plenty of invasive plants, birds, butterflies and bumblebees that have yet to be found across the state.

"There's a lot of land in Wisconsin," he said. "There's a lack of skilled people out in the woods and the prairies and the wetlands searching for these rare species, documenting common species."

O'Connor is hopeful that this discovery will grab people's interest and motivate them to manage their own properties, plant native species, join volunteer efforts to maintain natural spaces and remove invasive species.

That's in part because rare species most commonly pop up in areas where invasive species have been carefully removed, where prairies and savannahs have been managed with prescribed fires and where brush is removed.

"(These) areas have received the type of stewardship that that takes," O'Connor said. "And it takes a tremendous amount of effort." 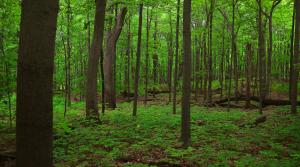 The green violet hadn't been seen in Wisconsin since 1958, and some experts feared it had disappeared from the state. That changed with a DNR ecologist rediscovering the flower this month. We hear about how he made the find and what other rare plants could be hiding in the wilderness.