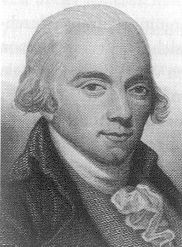 Today he is best known for his technical studies such as The School of Velocity--methodical, mechanical approaches to piano mastery. Carl Czerny was actually an extraordinarily prolific composer whose curiously mechanical way of working made his vast output possible.

The English writer John Elia visited Czerny in Vienna in 1845 and asked Czerny how he could possibly find time to publish so much music.

Czerny replied, "I'll surprise you all the more when I tell you that I was twenty-eight years old before I published my first work, but I have written more music in my lifetime than any living copyist.  In fact I have written more than one thousand pieces that have never been printed, yet I've never employed a copyist to prepare any of my publications."

The Englishman had heard that Czerny was also in the habit of working on four different publications at once, and he couldn't help asking Czerny about that.  Smiling, Czerny showed Elia around his study.  Each corner of the room had a desk with an unfinished score on it.

"You see, my dear Elia, that here I am working for the English," Czerny said.  At the first desk was a long list of English national tunes to be arranged for the firm of D'Almaine and Company.  At the second desk was a half-finished set of Beethoven's symphonies that Czerny was arranging for piano duet for another publisher.  At a third desk Czerny was working on a new edition of Bach's fugues, and at the fourth desk he was composing a Grand Symphony.

The industrial revolution was in full swing, and Carl Czerny had applied its principles to his art.