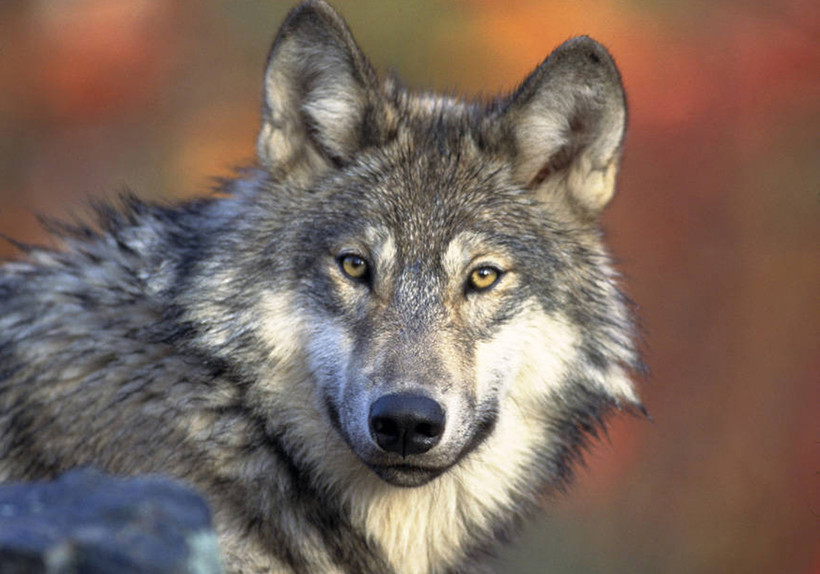 A complaint has been filed with the U.S. Fish and Wildlife Service alleging Wisconsin bear hunters are "criminally harassing gray wolves" and that the state Department of Natural Resources is subsidizing the crimes.

Public Employees For Environmental Responsibility (PEER) — based in Washington, D.C. — is urging criminal investigations into 22 Wisconsin bear hunters who received payments from the DNR for dogs killed by wolves last year. The group claims the payments, known in Wisconsin as wolf depredation payments, are evidence hunters harassed wolves.

"Wisconsin encourages hunting practices that seem calculated to cause fatal conflicts with wolves," said PEER staff attorney Adam Carlesco. "Endangered species are legally protected from human activity which adversely affects the animals, not just physical injury but harm to habitat or breeding. Loosing packs of dogs on them absolutely constitutes an adverse impact."

Depredation payments have been made since 1985 whenever wolves have killed livestock, pets and hunting dogs in Wisconsin. In 2016, a record 41 hunting dogs were killed and $99,400 in payments went to hunters.

"You're looking at a state that's paying nearly $100,000 on an annual basis to people that are willfully committing violations of an Endangered Species Act in support for a hobby that many hunters see as unsportsmanlike," Carlesco said.

Carlesco said PEER would like to see Wisconsin’s wolf depredation policy regarding hunting dogs revised and more restrictions placed on using dogs for hunting in areas known to have wolves.

According to the DNR, it doesn't know why there was a spike in hunting dog deaths last year. Some have pointed to a steadily growing population since wolves were placed back on the endangered species list by a federal judge in 2014. Figures from the DNR show between 925 and 952 wolves across Wisconsin.

The U.S. Fish and Wildlife Service hasn’t commented on PEER’s request to investigate the Wisconsin bear hunters who were paid for dogs killed by wolves other than to say it has received the group’s letter.

Wisconsin DNR big game ecologist Dave MacFarland said wolves have been in Wisconsin for 30 years and bear hunters have been using hounds the whole time, "and the Fish and Wildlife Service has not raised concerns with the state of Wisconsin over that practice, and we're not aware of them raising concerns with other states either."

Further, while PEER claims the bear hunters they want investigated harassed wolves by using dogs in what the DNR calls "wolf caution areas," which denotes where other attacks have happened, MacFarland said there’s nothing stopping them from hunting there.

"They don't represent closure areas. It's still perfectly legal to hunt in those places," MacFarland said. "We just want to provide that information to our hunters so they can make informed decisions."

"PEER appears to be yet another out of state fringe organization whose long term goal is to destroy Wisconsin's hunting heritage.

They clearly have no concept of how bear are hunted in Wisconsin, as their claims of harm to the wolf population are laughable.

Wisconsin bear hunters have been using hounds in our hunts for the entire time since wolves were reintroduced into the state and the recovery of the species has occurred while this activity has gone on.  If there were harm being done, the wolf would not have fully recovered to the point where the U.S. Fish and Wildlife Service, along with the state DNR, have concluded that the wolf is eligible to be removed from the endangered species list."

For decades wolves have been targeted in Wisconsin.

Between 1865 and 1957 the state offered bounties of up to $20 for every wolf killed. In 1960, wolves were officially declared extirpated, then given federal protection by the Endangered Species Act in 1973 and remained on the list until 2012. After the gray wolf was de-listed, the Wisconsin Legislature ordered the DNR to implement an annual wolf hunting season, which lasted until 2014, when a federal judge reversed the U.S. Fish and Wildlife Service’s decision to de-list the gray wolf. During that time 528 wolves were killed by hunters.