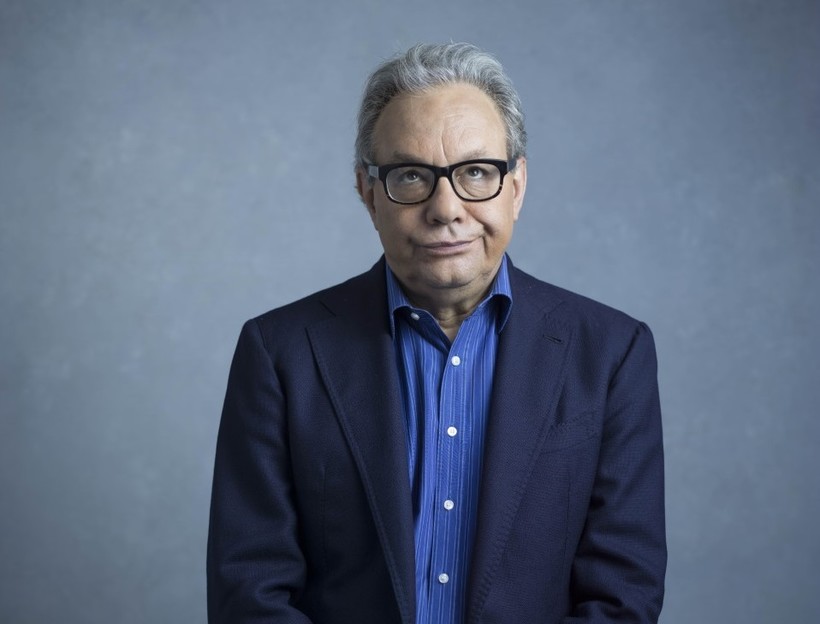 Comedian Lewis Black's conundrum: How do you satirize the satirical?

Editor's note: The videos in this story contain language some may find offensive.

If you’re looking for a comedian who personifies anger, look no further than Lewis Black. Pixar chose him to voice the part of "Anger" in the Academy Award-winning film, "Inside Out" — a part it seems Black was born to play.

Black has been ranting and raving about the absurdities of contemporary life since the '90s. He’s also written three best-selling books and more than 40 plays. His most recent special, "Thanks for Risking Your Life," was filmed on March 13, 2020 — the day the U.S. government declared a state of emergency due to the coronavirus pandemic. Since the crowd was already at the venue, Black and his crew went ahead and filmed what may be the last recorded comedy special with an audience before the U.S. locked down.

"Thanks for Risking Your Life" features some very funny, very timely, very smart jokes, including Black's caustic comments about just how far apart the two major political parties are these days.

"It's like you go from one reality to another," Black said. "I left New York, and the 'OhMyGod virus,' as I call it, was hitting there. And people were masking up again, and they never had stopped masking. They were masking on the streets in New York City. They were not fooling around. Then I got to Florida. It was like, 'Woohoo, it's over!' You know, it was done there. And there is a real fight in this country. It's those two realities."

During his special, Black takes a detour from politics to comment on a less serious phenomenon — "cow cuddling."

"I've never driven by a dairy farm or looked at the fields as my tour bus has rolled by a field filled with cows and thought, 'God, I gotta get out there and hug one of those beasts."

Black has been ranting and raving for about 25 years. Is it fair to say that as our world has become more messed up, the anger that he expresses on stage is less exaggerated and more genuine?

"Where it comes from has always been genuine," he said. "It just can't be angry. You got to play it. There's a fine line because if you cross that line — which I used to do before — it kind of pushes the audience away. What's funny is I was trying to find other ways to be."

Black said that in one of his previous specials, he tried to calm down and find a way of expressing anger without yelling.

"The major criticism of that special is that 'Uh oh, he got tired. He's not yelling anymore.' I felt I was saying things in a way that was more vicious than when I was yelling."

The increasingly Kafkaesque absurdity that we find ourselves immersed in has created a challenge for Black.

"How do you satirize something that's already satiric? That's the hard part. My job is to be more insane than what I see."