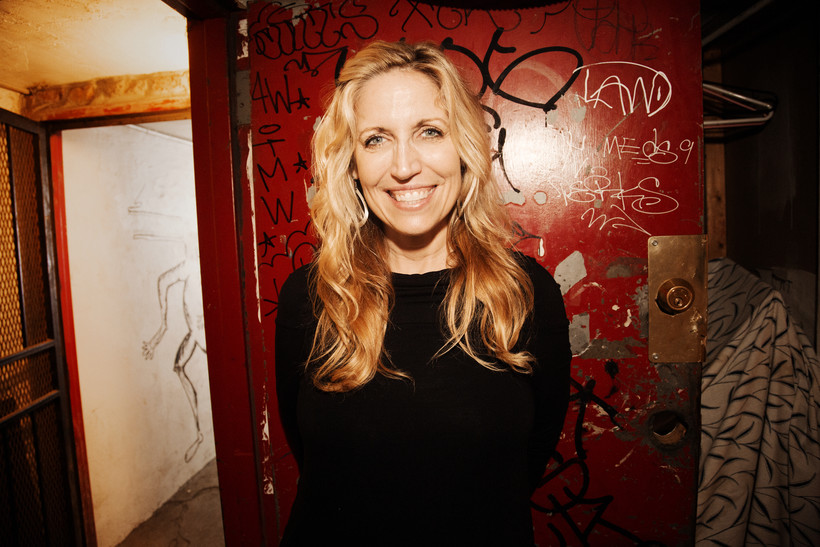 Her latest special tackles the constricting power of single parenting, caretaking and living life all at the same time
By Adam Friedrich
Share:

According to comedian Laurie Kilmartin, there are a lot of similarities between a corset and straitjacket. Both are garments that can be worn with a purpose to constrict. She tells WPR's "BETA" that it's in this playful vein that she titled her latest stand-up special, "Corset."

"I recorded it in 2019 and at that time, my mother was living with me, and I'm also a single mom and my son was 12," says Kilmartin. "I felt like between the two of them, I was being suffocated, much like if I was wearing a corset that had been tied too tight. Believe me, when being bookended by those two, my young son and my old mother definitely felt like I was in a straitjacket."

After landing on that metaphor and title for the album, Kilmartin decided to actually purchase a corset for the cover photo shoot. It was only then that she learned that much like a straitjacket, you need a few pairs of hands to get it on. She enlisted the help of her friend and fellow comedian Cristela Alonzo — who was, strangely, uniquely qualified to do so.

"I just posted a picture of the one I bought on Amazon on Twitter and I didn't realize it would be difficult to get into. And then Cristela DM'd me and was like, 'I used to do that for a living,' and I'm like, 'Wait, that's a job? Putting a corset on people?'" Kilmartin said. "She got me into it and she had to get me out of it. If she hadn't chimed in and just offered, I don't know what we would have done." 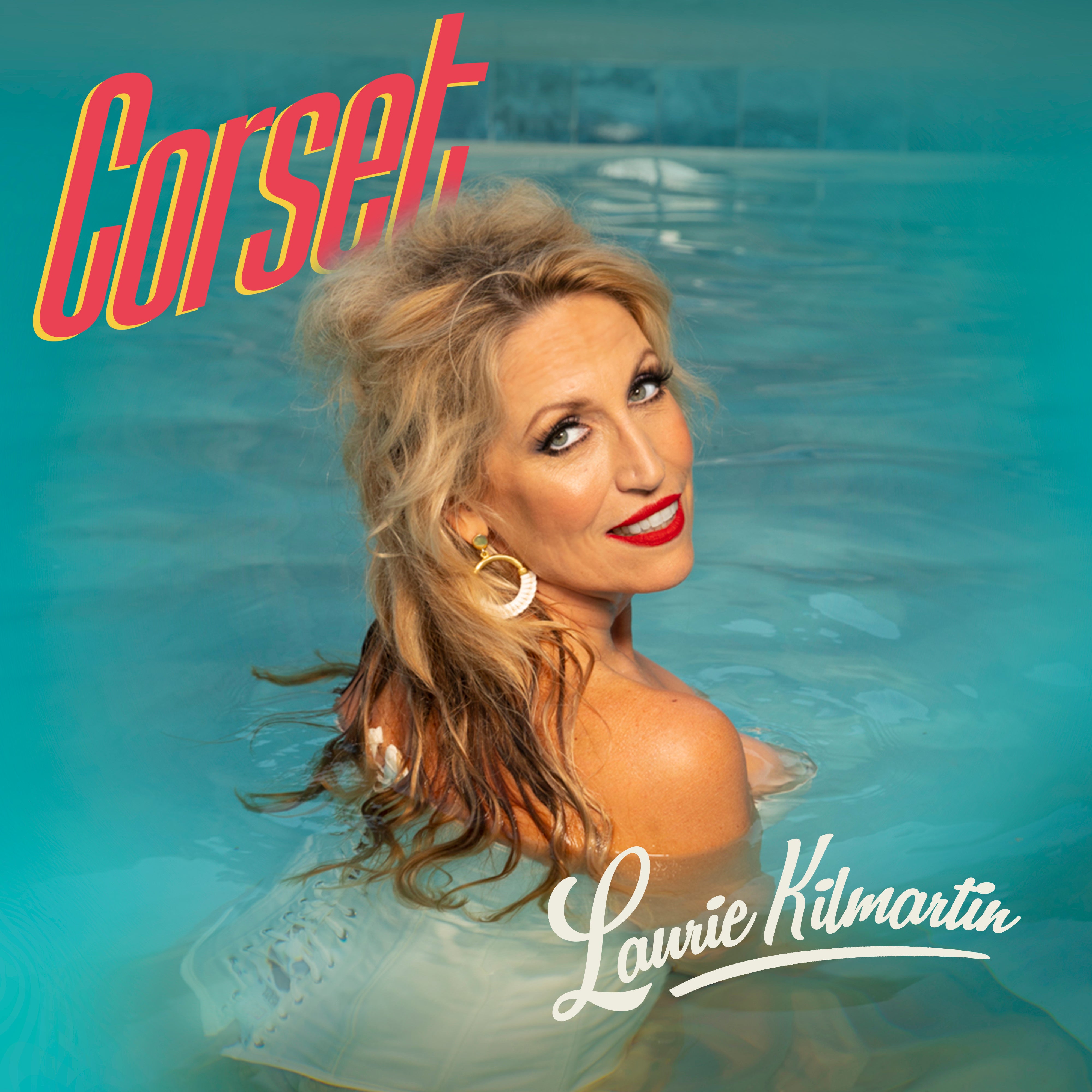 "Corset" finds the veteran Kilmartin at the top of her game. The twin pulls of her adolescent son and aging mother provide more than enough material, but she doesn't settle on those specifics. They're setups for more universal and playfully provocative riffs on single parenting, caretaking, health care, dating in a digital world, menopause and even tips on pet ownership.

"I'm in California and so we have a fire season like 11 months of the year, and every year there's a story about somebody who dies because they go back into their fiery house trying to rescue their dog. And so, I just started doing a bit where I talk to the audience. I talk to someone who swears they would do that, and I try to talk them out of it," Kilmartin quipped. "One of the tenants is that your dog is replaceable, which everyone chafes at, but my proof is that my dad had five black labs over the course of his lifetime named Pepsi. And every time one of the Pepsis would die, he would go to the pound, he would pick out the next Pepsi, he would take the collar off the dead Pepsi, put it on the new Pepsi and carry on. And our family had, like, one red dog collar for 55 years."

The set is tightly written and builds upon itself with stellar callback, but it retains a free-flowing vibe because Kilmartin effortlessly weaves in her audience during all of this crowd work.

"I always invite those opportunities. To me, it makes the show really unique, and if I can call back any sort of crowd work in a joke, it just makes it a unique experience. I always like to wrestle with the crowd a little bit," she said.

While her son is the setup for a lot of these bits, Kilmartin says that, in reality, her son isn't hyper aware of a lot of the material she's doing.

"(Before COVID-19), he would come with me to clubs, but it was clubs that had cheeseburgers. Like that was his No. 1 priority for a comedy club is that it have a cheeseburger," Kilmartin joked. "Since I'm chronicling his life in real time, there's some stuff he can hear later when he's an adult that he doesn't need to hear at the same time he's living it. Especially when I'm talking about his grades and stuff. I try to be more positive at home. I'm definitely more negative on stage, and so I wouldn't want him to think I actually feel that way."

Kilmartin first came to prominence for a large audience a few years ago when she live tweeted her father's final days and turned that into the hilarious and heartfelt book, "Dead People Suck." In "Corset," Kilmartin continues her own coping method of humor as healing in the bits about her aging mother. Her mother sadly passed from COVID-19 in between the album's recording and release.

"I was relieved that I recorded the album while she was still alive because obviously, I can't do that material when she's dead. I wouldn't have been able to fake that she was alive," Kilmartin said. "I have a whole new chunk of material about her dying of COVID, which, you know, causes some consternation sometimes in front of some crowds. But I don't care."

So I am just watching my mom sleep and cough in her hospital bed, over Facetime, trying to gulp down these last moments having a mom. This is all happening so fast.

Similar to her father's passing, Kilmartin was able to utilize a new technology to say goodbye. While she did tweet a bit during her mother's final days, she and her sister were able to maintain a livestream via their iPad to their mother's hospital room.

"I don't know how much she could hear us, but we just pretended like she could. And we talked to her and we'd take the iPad around the house and just say what we were doing and all that kind of stuff. And so that was the last call. It was three days long," she said.

Near the end of "Corset," Kilmartin has a sidesplitting bit about flying to Ireland with her son to spread her dad's ashes at his ancestral home, only to trespass into a herd of randy cattle. When asked if she'd plan to honor her mother in a similar way, she hinted that the dairy state might be a better destination.

"She comes from Luxembourgers who settled in Wisconsin, so we have a lot of ties to Wisconsin," Kilmartin said.

Just be careful, Laurie. There are plenty of cows here, too.