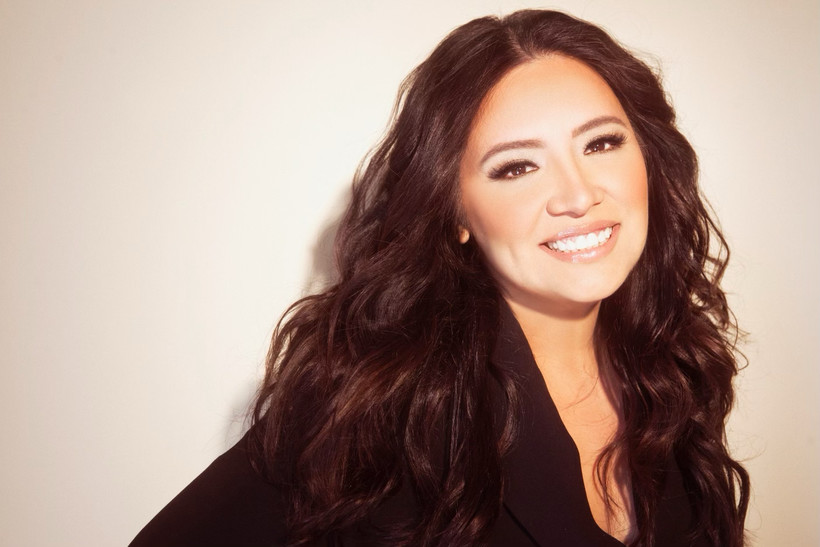 Comedian Cristela Alonzo stays true to herself in 'Middle Classy'

Her new Netflix special finds the humor in the personal, from accents, activism and aging to anti-hate
By Adam Friedrich
Share:

In 2010, comedian Cristela Alonzo was a contestant on NBC's reality series "Last Comic Standing" where she had a career-changing back and forth with the show's host and judge, the late comic, Greg Giraldo.

Giraldo gently pushed her on a joke she was doing on her sister's accent. He thought it felt a bit like a trope. When Alonzo explained that it was her true experience, he told her to lean into that.

"I really started thinking more specifically about how I am, why I am the way I am, and what made me," Alonzo tells Wisconsin Public Radio's "BETA."

What Alonzo found was that there's a universal relatability in her specific life story as a first generation Mexican American, and she's used her experiences as a guiding light through her trailblazing career.

That same accent joke appears in Alonzo's latest Netflix special, "Middle Classy," although this time she reworks it a bit to mention her brother. The special continues to find Alonzo at her best when she's her most personal.

It can't get more personal than your birthday. Alonzo was born on Jan. 6 and joked that as a Latina Catholic, she already spent her life sharing that date with the Three King's Day holiday. Now, her special day has been co-opted by an infamously historic coup.

"Every time somebody talks about Jan. 6, they connect it to what happened in D.C.," she says. "I was also born that day. Let's give credit where credit is due, everybody! I'm still one year older."

Even more frustrating, Alonzo was diagnosed with COVID-19 on her birthday.

Alonzo, a longtime fan of zombie films, compares the COVID-19 pandemic to a zombie apocalypse in the special. She's baffled why no zombie film has a patient zero.

"When I tied the pandemic to the zombie movies, the whole idea thinking was, no one wants to be a zombie. That's not the scene in the movie that you see. Like, 'it's my right as an American to be a zombie.' Nobody says that," says Alonzo. "So, I thought it was a realistic way of saying it where you don't sound condescending, but the analogy makes sense because I think all of us have seen zombie movies."

"I was a big supporter, and still am, of medicine and science, and it was this thing where I couldn't understand that there were people that had gotten to this point where they decided that science and medicine was just a suggestion," she continues.

Alonzo riffs off the culture clashes as well. Her bit on being trilingual dovetails beautifully into the bursting of social and cultural bubbles during college.

"I speak Spanish, English and Caucasian. It's like English, but you use words that you're not used to," Alonzo quips. "Like with my friends, the ones I grew up with, I can say 'Hey, shut up. That was stupid.' In Caucasian, it's like, 'Wow, we're a little off track with that, aren't we?'  It's same goal, different intonation. A lot of people call it code switching."

Alonzo, who learned English from television growing up in the Rio Grande Valley of Texas, first engaged with "Caucasian" when she traveled to an affluent St. Louis community for college. She has a bit on meeting her freshman roommate and her family for the first time.

"I realized I had no idea that even though we technically spoke the same language, we didn't," she says.

"It's kind of weird how for the longest time a lot of people think that if you're brown, you're Mexican, Latino. And that just actually shows you what kind of exposure some people have," Alonzo continues. "Some people might not know about Puerto Rico, Cuban, Dominican Republic and everything, which is why when I talk about standup, I try to make it very specific about my life because I don't like trying to make assumptions."

Alonzo's specificity on aging leads to a surprising universality. She says she loves it and says that being in your 40s is the equivalent to being an iPhone 6. You may not have all the battery life and latest apps, but you're still effective.

"When I was in my teens and then 20s, especially, I wanted everybody to like me. And then if they didn't, I always thought it was my problem. I'm like, 'What did I do wrong?' And then in my 30s, I started thinking, 'You know what? I don't need to be liked by everybody,'" she says.

Set against the backdrop of Alonzo's life story of overcoming poverty and finally having access to health care, housing and even expensive toys from her youth, her observations on aging become even more potent.

"I also just think that with age, it's just such a sign of where you've come from and where you are. Like, what a great journey it is. There's something so great about that," Alonzo says.

Alonzo is also a fierce advocate for her community and is troubled by the recent return of hate groups. She closes her special with a pitch for a hate "hate" group, with an emphasis on Latino membership. She wants to call it the "Que! Que! Que!"

She jokes that it's because every day that she watches the news, her reaction is "Que!" "Que, Que!"