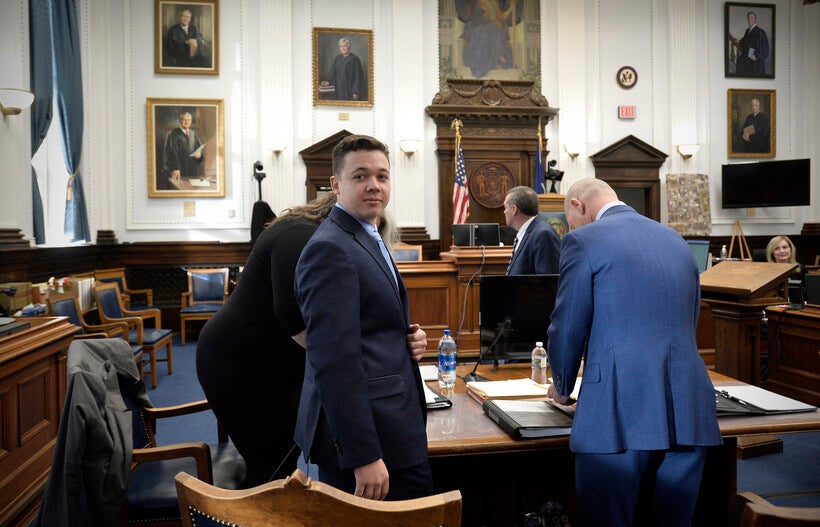 Kyle Rittenhouse, center, makes his way to his seat at the beginning of the day at the Kenosha County Courthouse in Kenosha, Wis., on Monday, Nov. 15, 2021. Sean Krajacic/The Kenosha News via AP

Rittenhouse, 18, shot three people, killing two, during protests in Kenosha last year. He faces multiple felony charges of homicide and recklessly endangering the safety of others. If convicted, he could face life in prison.

Rittenhouse's lawyers argue that on Aug. 25, 2020, Rittenhouse was acting in self-defense when he killed Joseph Rosenbaum, 36, and Anthony Huber, 26, and wounded Gaige Grosskreutz.

But lead prosecutor Thomas Binger told jurors that Rittenhouse came to Kenosha carrying an AR-15 rifle because he was anticipating violence.

In his closing argument, Binger said there is no evidence that Rittenhouse was under threat when he shot and killed Rosenbaum. That shooting, Binger said, led to chaos during which Rittenhouse shot two others.

"That is what provokes this entire incident," Binger said. "And one of the things to keep in mind is when the defendant provokes the incident, he loses the right to self-defense. You cannot claim self-defense against a danger you create."

The arguments Monday, which lasted hours, were the final arguments to be made in the trial that has lasted two weeks.

Judge Bruce Schroeder issued jury instructions Monday. He also dismissed the misdemeanor charge of possession of a dangerous weapon by a minor. Rittenhouse, who was 17 at the time of the shootings, was armed with an AR-style semi-automatic rifle. Wisconsin law prohibits minors from possessing firearms except for hunting. On Friday, attorneys and the judge debated over whether the state introduced evidence during the trial that showed the rifle had a barrel of a certain legal length. 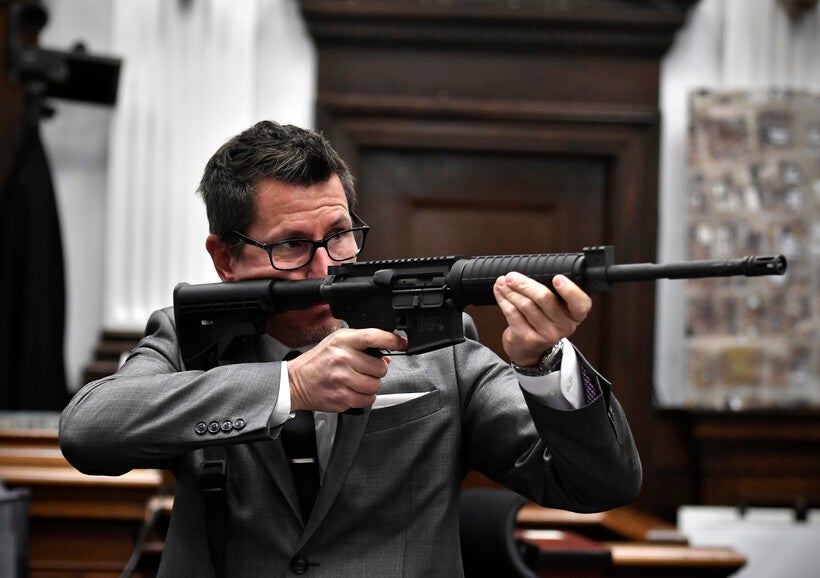 Rittenhouse's lawyers have argued that in Wisconsin there is an exception for teens to possess rifles or shotguns that are not short-barreled.

"We can either measure it or you can stipulate that it does not meet what I’ve stated are the requirements," Schroeder said. "If the barrel length is less than 60 inches or an overall length of less than 26 inches, then I’ll deny the motion (to dismiss the charge). If it does not meet those specifications, then the defense motion will be granted."

The state responded that Rittenhouse’s AR-15 met the specifications, and Schroeder dismissed the charge, which carried a maximum of nine months in jail. 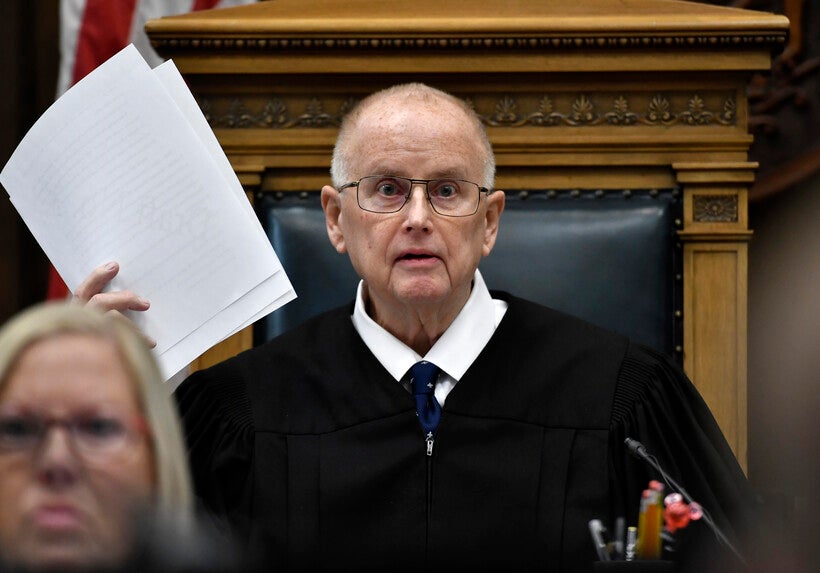 Rittenhouse arrived in Kenosha on the third day of protests following the police shooting in August 2020 of Jacob Blake, a Black man who was left paralyzed.

Rittenhouse traveled across the border from Illinois in response to a social-media call from a Kenosha-based militia group saying it hoped to protect businesses from protesters, Kenosha Police Detective Martin Howard testified.

During closing arguments, Binger painted Rittenhouse as someone who claimed to be protecting a business, Car Source, but said he wasn’t sincere about his intentions.

"He spent the evening lying about being an EMT," Binger said. "Was this a situation where he sincerely cared about Car Source, even though he never heard of it? Even though the owners weren’t there? He was not there for the same purposes of the protesters."

When it was the defense's turn to address jurors, attorney Mark Richards called some of the state's case against Rittenhouse "garbage." Richards told jurors the prosecutor lied during his closing arguments because the case was "exploding in his face." Richards portrayed Rittenhouse as a hero.

"They (the prosecution) want it to be that Kyle was out there doing something improper," he said. "Kyle was a 17-year-old kid out there trying to help this community."

"This is a political case," Richards continued. "We can take politics out of it as in Democrat and Republican, but the district attorney's office is marching forward with this case because they need somebody to be responsible. They need somebody to put and say, 'We did it. He's the person who brought terror to Kenosha.' Kyle Rittenhouse is not that individual. The rioters, the demonstrators who turned into rioters. Those are the individuals who bring us forth."

A verdict is expected this week, according to NPR.