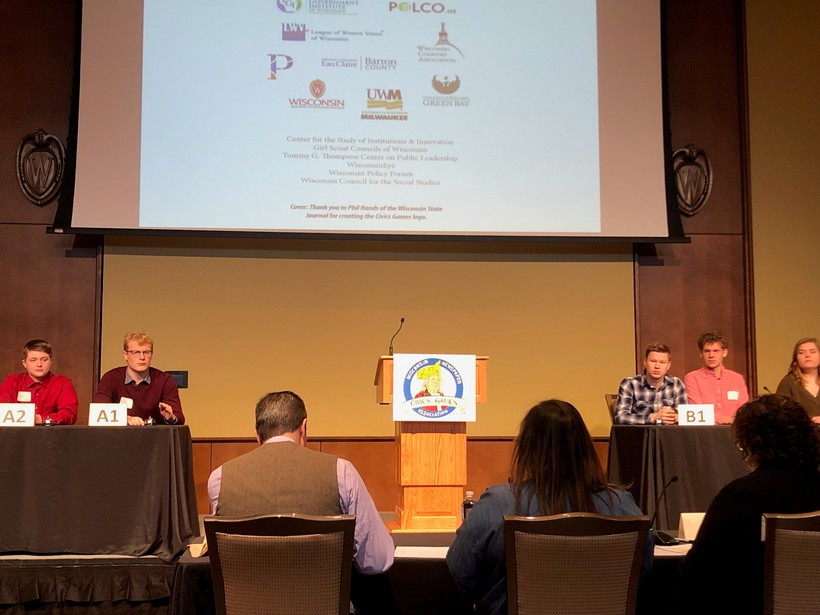 Civics Is Name Of The Game In New Wisconsin Competition

Two years ago, Eve Galanter opened up her newspaper to some alarming news.

A headline read that all three school board incumbents in a local race were running unopposed. Herself a public servant for 20 years and having served on Madison Common Council and then in U.S. Sen. Herb Kohl’s office, Galanter was miffed by the lack of candidates.

She reached out to state organizations like the League of Wisconsin Municipalities and the Wisconsin Counties Association to find that minimal participation in local government was widespread.

That, Galanter said, gave rise to the Wisconsin Civics Games, an event meant to encourage civic engagement and help future generations understand the role they can play in addressing community issues. The goal of the team-based competition is to get students thinking about what goes on in state government — the process by which bills are signed into law and at what point they might need to get involved to advocate for something they believe in, whether it's fixing potholes or job creation.

In its first year, the games attracted 54 teams from all over the state totaling more than 200 students.

"I thought the best way to interest high school students was through competition, through games, to encourage collaboration rather than one individual competing against another," she said. "Public service is in so many ways a team sport."

David Olson, department chair of social studies at James Madison Memorial High School in Madison, advises two students still in the competition who gleaned some of their civics knowledge from an advanced placement U.S. government and politics class they took as juniors last year.

But Olson admitted there's a gap across the nation in teaching civics to students, noting it's particularly a problem in Wisconsin, which has no requirement for students to take such courses. The state did implement a mandate to have all students take and pass a U.S. citizenship exam, but Olson called the exam "an awkward measure."

While advocating for Wisconsin to follow other states' approaches to requiring civics classes be taken by students as a way to improve civic engagement, he supports the games as a step in the right direction.

"One civics game competition is not the end result, but I think it's part of the process," he said.

Olson's students will compete in the games on March 29. Initially slated for February, the finals were postponed because of bad weather. The games will be held at 10 a.m. in room 411 South of the Wisconsin state Capitol in Madison. The event is open to the public and Wisconsin Eye will broadcast the event.

Galanter’s idea for the games was backed by the Wisconsin Newspaper Association Foundation, on which Galanter served as a board member.

Students in teams of no more than four prepare for the exams with resources and toolkits that have been mailed to participating teams. Online sources, such as Wisconsin Vote and iCivics are other recommendations.

The games are moderated by three judges who read the questions and award points based on the quality of their answers in the time frame allotted. Support from sponsors has helped fund $2,000 scholarships to winning members to attend a Wisconsin college or university.

"Knowledge of civics and civic engagement has a real payoff here," Galanter said. 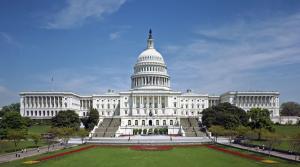 The finals of the Wisconsin Civics Games will take place in late February. A representative of the event's sponsor, the Wisconsin Newspaper Association Foundation, shares what they hope to accomplish through the competition.